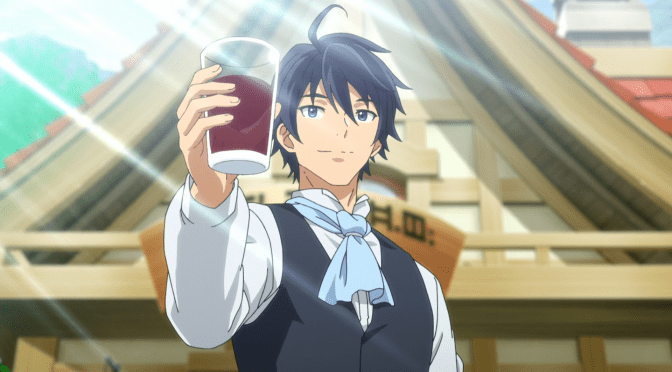 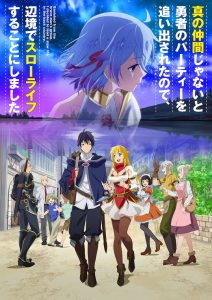 I’m back with another Fall 2021 series for this week’s Anime Sunday. It’s my Banished Slow Life Episode 01 Impressions!

Plot: The plot is okay, it’s a fairly standard Fantasy story with the premise “Hero journey out and defeat the Demon King” story. What’s different about this is that it focuses on the self-exiled older brother of said Hero who after being berated by one of his annoying jerk of a party member decides to just leave and live in the boonies where he’s massively overpowered compared to everyone else and wants to open up a simple Apothecary. It’s okay, but frankly it’s not the most exciting Anime I’ve seen. Though given that the term “Slow Life” is in the title you shouldn’t be expecting excitement.

Characters: Red, or Gideon as he is truly named, is our main character and he’s not the best main character. Honestly he’s a bit of a wimp who folded when confronted by a really arrogant companion. It’s not the best introduction, and really doesn’t let me respect him as a person.

Art: The art is okay, and is done by Studios flad and Wolfsbane, but really doesn’t come anywhere close to the more Impressive works of ufotable or even lesser studios like Silver Link.

Music: The music is just as average as the art, and wasn’t particularly memorable or noteworthy.

Overall: An okay Fantasy series, but the main character is a bit of a weakling mentally.

For those who like: Fantasy, Unusual Stories, Slice of Life, Drama