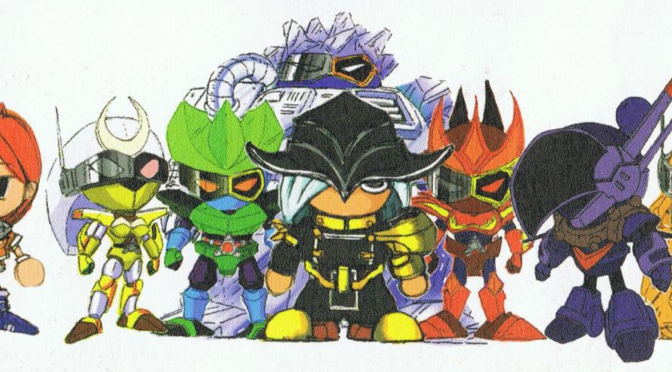 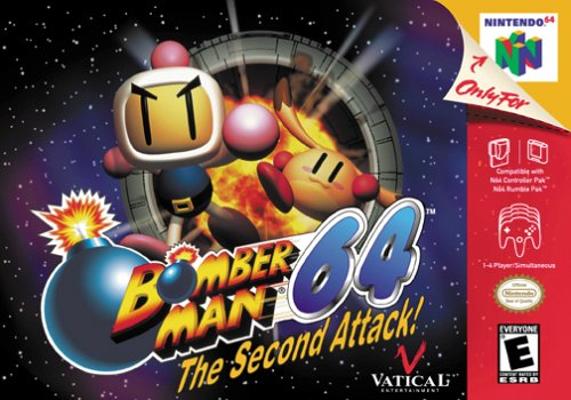 This week for Retro Game Friday I’m covering the sequel to a game I loved as a kid. It’s Bomberman 64 The Second Attack!

Plot Synopsis: In The Second Attack, Bomberman finds a mysterious egg while celebrating his victory over Altair and Sirius on a hot spring planet and decides to take it with him while exploring space in his ship. One day, however, Bomberman’s ship gets sucked into a black hole, and he wakes up to find himself in a jail. While in jail, the egg suddenly begins to hatch. The creature inside turns out to be a charabom named Pommy. With the help of Pommy, Bomberman is able to escape.

Plot: The plot is decent, but nothing RPG worthy either. It’s decent enough, but as an adult I can’t find it anything more than childish.

Characters: Pommy was a great addition to the series and he was first introduced in this game. Bomberman on the other hand is fairly dull, but so are half of the E rated game main characters.

Gameplay: Quite fun, it took the best of the prequel and made it even better. I enjoyed this quite a bit as a kid, I actually kind of want to go play it right now actually.

Art: The art is decent enough for it’s time, but it’s definitely aged since it’s release.

Overall: A great game, if you have the chance to play it I would highly suggest giving it a spin.

For those who like: Action, Adventure, Puzzles, Bomberman Games, Great Gameplay.