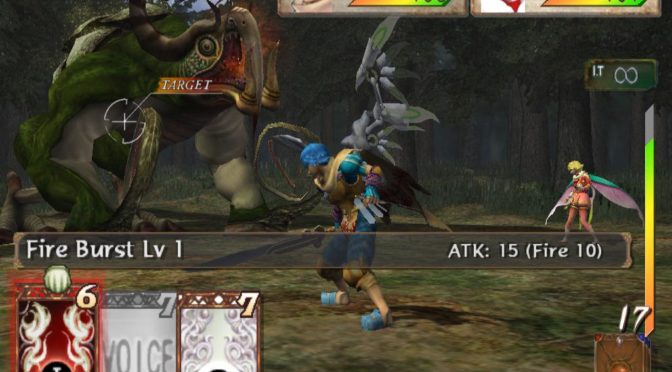 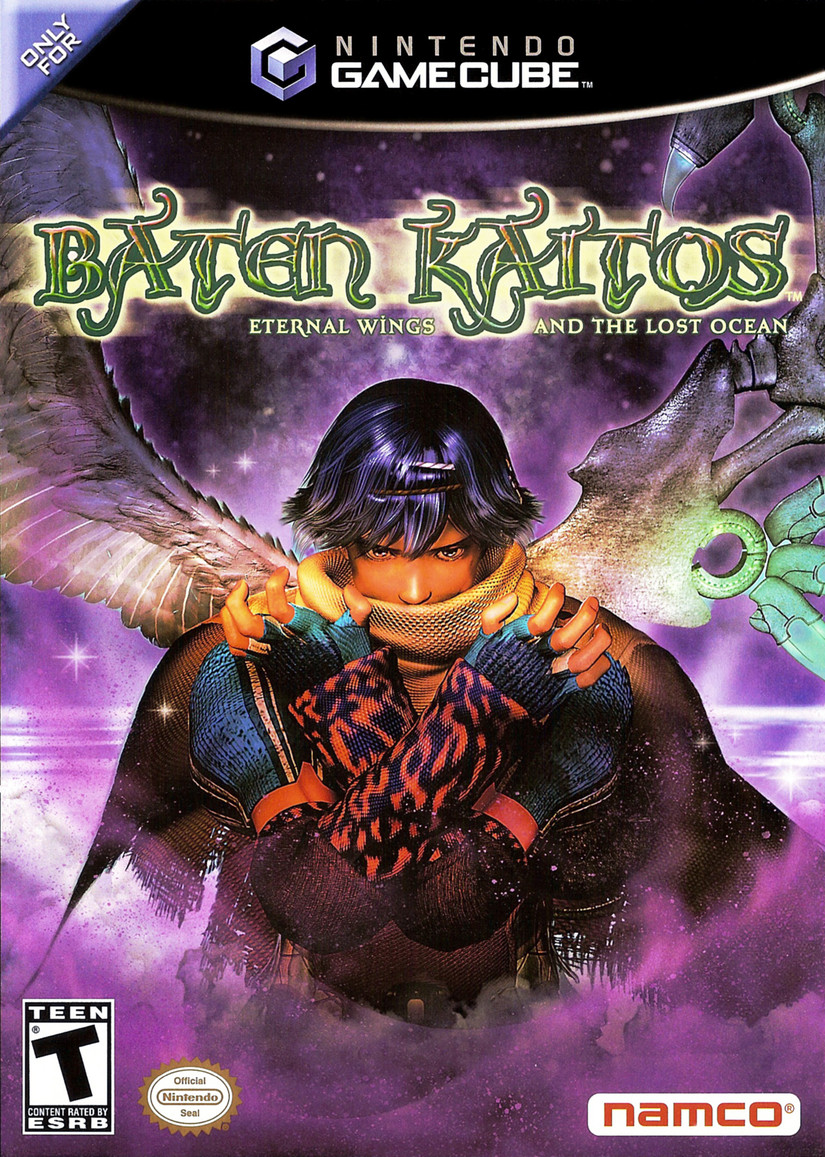 This week for Retro Game Friday I’m covering a game that was pretty underrated back in the day! It’s Baten Kaitos!

Plot Synopsis:  The plot in the story revolves around a world made up of islands floating in the sky. According to the story, an evil god named Malpercio invaded the world and sucked the oceans dry, leaving the islands floating around in the sky. He was defeated by 5 spiritual heroes, who sealed the evil god in the form of 5 “End Magnus.” By the time of the events in the story, everyone living in the sky has grown wings. Enter Kalas, the ill-mannered, selfish one-winged unlikely hero of the story. He awakes in a hospital in a pastoral village on Sadal Suud Frontier.

Plot: The plot is pretty good from what I can remember, it wasn’t quite up to Tales quality, but it was pretty darn close. That’s not too surprising considering that the developers went on to create Xenoblade and Xenoblade Chronicles.

Characters: I enjoyed the characters quite a bit, Xelha probably was my favorite, but Kalas wasn’t too annoying.  The rest of the cast was pretty good from what I remember.

Gameplay: It was a pretty standard RPG, except for the card system used in battle. It was pretty interesting, and even more interestingly was the way to earn money, which was from taking pictures of enemies mostly. It’d take a few minutes after battle to develop and if the quality was poor it’d sell for much less than a properly taken photo.

Music: Excellent from what little I remember of it.

Overall: If you’ve never played this game, you really ought to try it out.

For those who like: JRPGs, Card Games, Good Plots, Fun Cast of Characters.