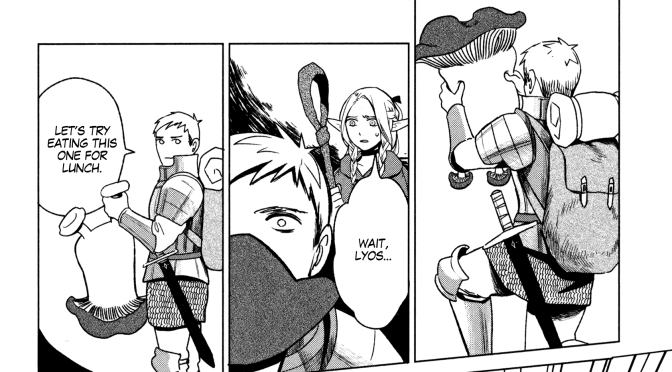 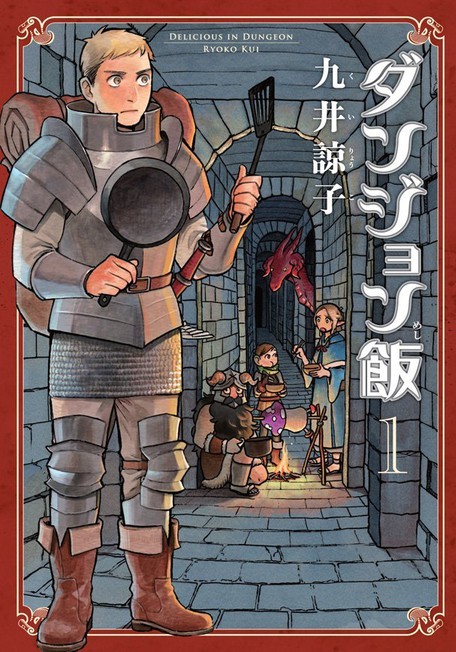 Plot Synopsis: Lyos is a knight who makes his living by fighting in a massive dungeon, one day he and his party are defeated by an dragon who swallows his sister, who before being swallowed fully teleports the rest of the party away. Lyos is resigned to the fact that having lost nearly everything in the dungeon has left him penniless. He resolves to save what’s left of his money while trying to reach his sister, by eating every monster he can on the way down.

Plot: The plot isn’t serious, which is great, because the entire premise is freaking hilariously offbeat. It pokes fun at a bunch of tabletop RPGs at the same time, which is also great.

Characters: Lyos isn’t really the one I connect with the most during this first chapter, it’s Marcille the elven magician girl who sticks around even after the majority of the members abandon the party. I can’t imagine eating something that was trying to suffocate me a few minutes before. Senshi is pretty funny, but it’s Marcille who is the real connection I feel within the entire group.

Art: It’s simple, but it’s also perfect for the series. If it was too detailed it’d be hard to treat this as a comedy.

Overall: I’m going to continue reading it, so I’m giving it the tenative recommendation thus far!