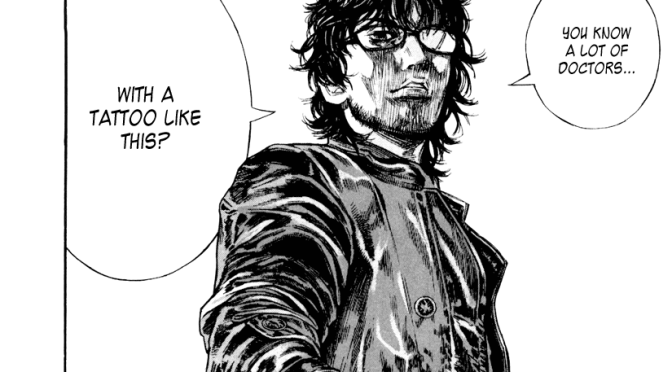 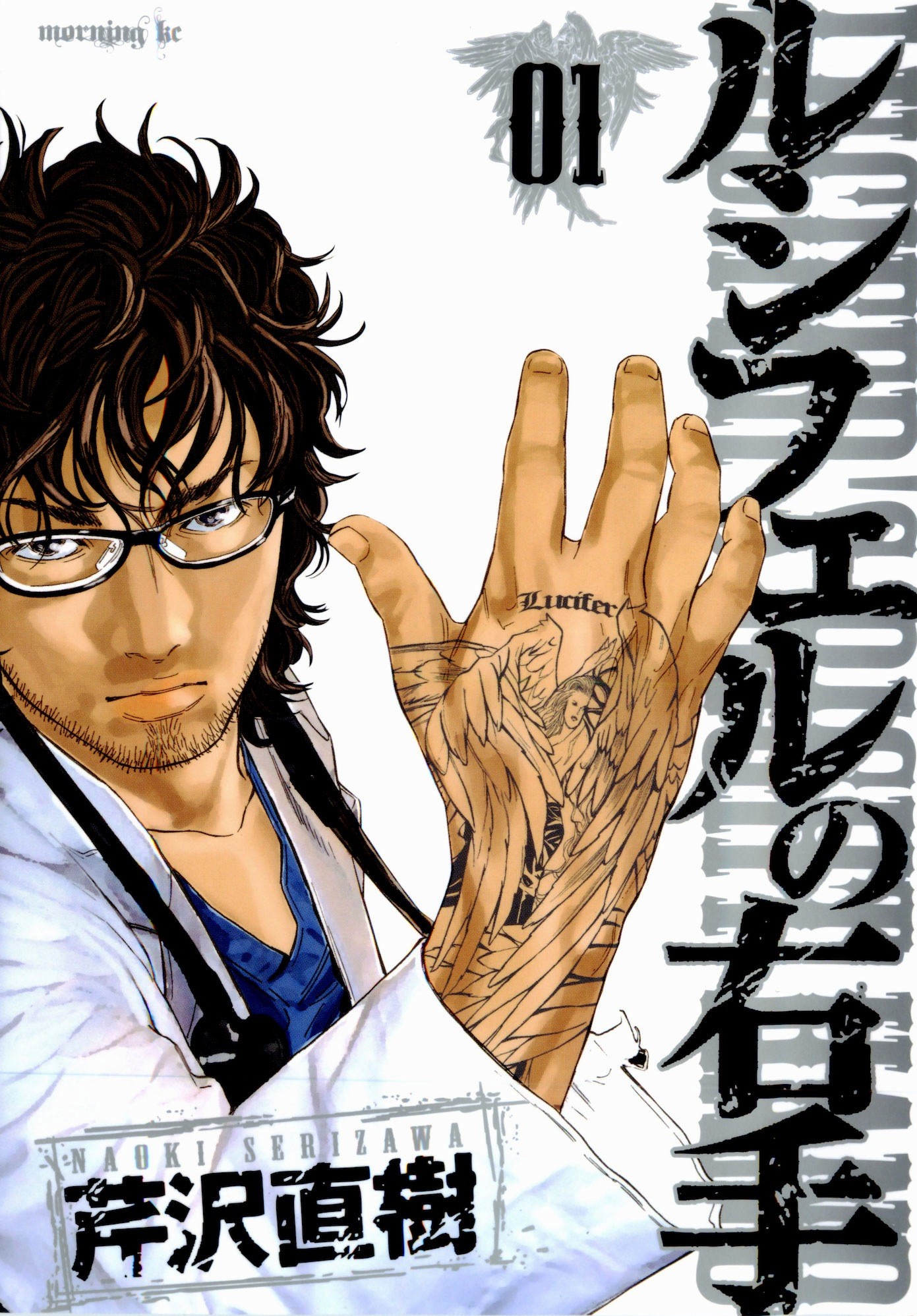 This week for Manga Monday I’m doing another Quick Review! It’s Lucifer no Migite, or The Right Hand of Lucifer in English, by Serizawa Naoki!

Plot Synopsis: Three years ago, Katsumi Yu headed to Africa for a volunteer project as a doctor. Now he’s back in Japan, getting into drunken brawls every night. That is until he sees a terrible car accident occur right in front of him.

Plot: So just from this first Chapter I’m already thoroughly hooked, I want to know why Yu is back in Japan and why he’s got this strange tatoo, which is a huge taboo in Japan culturally, depicting Lucifer. So thus far this series is doing it’s job perfectly by getting me hooked almost instantly. I’m looking forward to reading the rest of the series when I get a chance in the near future.

Characters: We really only meet Yu in this first chapter, and while he seems to be a decent person he is definitely haunted by something that happened to him in Africa. So he’s already an interesting main character, hopefully as the cast expands all the rest will be as interesting as Yu.

Art: It’s done in the Seinen style, which means plenty of graphic imagery considering that this is a medical series. I definitely wouldn’t be able to watch this series as an Anime if it ever got adapted. But as a Manga I’m in love with the art already.

Overall: A incredibly interesting series from the first few pages and I’m already hooked, so definitely give this a read if you like Medical series.