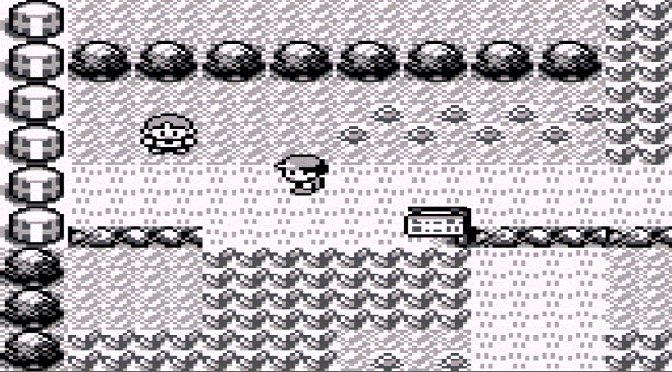 We’re roughly a week out from the release of the 8th generation of Pokémon games, Sword and Shield. The Pokémon series as a whole is roughly 23 years old now, spanning across 31 main entries before the 8th generation titles come out for Nintendo Switch. So before the new blood of Pokémon arrives with a bevy of new monsters to catch, train, and exploit for personal profit, we at Game Industry News think it would be a great time to celebrate the history of this series with the games that started it all: Pokémon Red and Blue.

Pokémon originally released as Pocket Monsters Red and Green in Japan in 1996, with Western territories receiving the games on store shelves in 1998 as Pokémon Red and Blue. These were the games that began Pokémania of the late 90s- when you could look basically anywhere and find anime (or cartoons, as our parents called them), books, spin off games, cereal, candy, board games, figures, trading cards… Pokémon firmly solidified itself as an entertainment giant, and for good reason. So today, a week before the release of Pokémon Sword and Shield, we’re going to talk about the games that started it all: The first generation of Pokémon games, Red and Blue. I will be your guide during this week long journey through the last 23 years of Pokémon history, and while I may be too old to be a Pokémon Master, I will say that it didn’t take me 20 years to win my first Pokémon League, unlike Ash Ketchum.

All of Pokémania started humbly with just a few games- Pokémon Red and Blue (or Red and Green in Japan, with a special edition Blue that came out that same year). The Generation I Pokémon games were revolutionary for their time: Turn based RPGs with rock-paper-scissor style combat were by no means rare even in 1996, but ones with 151 different playable characters with hundreds of combinations of applicable move sets definitely were. The sheer amount of customization allowed in the player’s hands was quite impressive, especially on the Gameboy of all platforms. 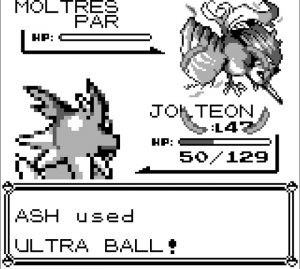 Players would turn on the small monochromatic screen for the first time and get introduced to their lifelong rival, BUTTFACE, which wasn’t actually his real name but for some reason his grandfather Professor Oak just took the player at their word. Players would venture through the world of Kanto to defeat gym leaders, put the spirit of a Marowak killed by Team Rocket to rest, defeat the Poké-mafia, then catch a cloned, mutant cat thing that lived in a cave. The first games were quite random, overwhelmingly charming, and constantly rewarded the player for exploration and experimentation with consumable items like Technical Machines that could teach your Pokémon new moves if they were compatible.

Of course, these games weren’t without issues. Pokémon Red and Blue are notorious for having glitches in abundance and bugs on top of imbalance to round it all out- anyone who played the older games likely remembers getting stomped by their one friend who found Mewtwo, for whom there was no counter pick in the game. Pokémon battles revolve around the concept of type advantages and disadvantages, but due to design oversight and programming bugs, Psychics didn’t actually have any weaknesses because all Bug and Ghost types, which were supposed to be super effective against Psychics, were weak to Psychic.

Even more strange, boosting your stats too high with moves like Swords Dance could actually cause a stack overflow error and bottom out your stats to the minimum value. There were also famous glitches like Missingno, who could do anything from helpfully duplicate items in your bag, to outright corrupting your save file cause game crashes. Lots of interesting programming quirks popped in in the first games due to the sheer amount of data Game Freak had to fit on a 1MB cartridge.

Of course, even with these issues- we still loved it. Many of us couldn’t wait to get to school to talk with our friends about what random things we discovered, or perhaps tell each other how we heard Mew could be found if you used moved the truck near the cruise ship (this is the lie that taught me to never believe everything you read on the Internet. Learn this early, kids). These games skyrocketed into popularity, to the point where we received Pokémon Yellow a year later, and a variety of spin off games like Pokémon Stadium, where we could see our monsters fight in 3D for the first time. Pokémon Pinball was a Gameboy cartridge with a rumble motor that also had a pinball game in it. Hey You, Pikachu was an interesting one- bundled with a microphone, it was for the kids who wanted to yell at a rodent to pick up acorns. We also received much-beloved spin offs such as Pokémon Snap, which was the one where you could take pictures of Pokémon in the game, then print them out as stickers at Blockbuster locations. If you don’t know what Blockbuster is, that’s okay: Blockbuster is more of a fossil than Kabuto or Omanyte.

The sequels to the first generation of Pokémon games, Gold and Silver, wouldn’t come out for another year after Pokémon Yellow- thank goodness we had Pokémon Pinball to keep us busy until their release.