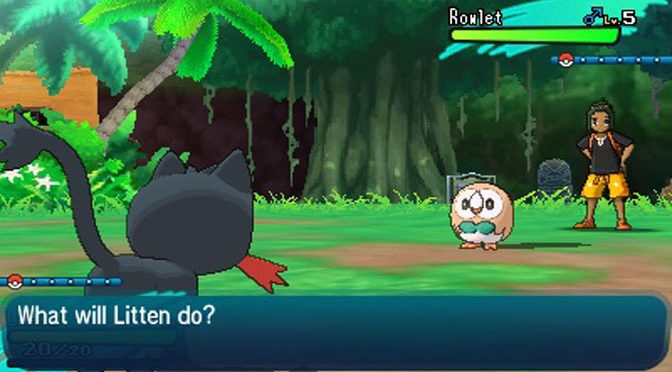 We’re roughly a week out from the release of the 8th generation of Pokémon games, Sword and Shield. The Pokémon series as a whole is roughly 23 years old now, spanning across 31 main entries before the 8th generation titles come out for Nintendo Switch. So before the new blood of Pokémon arrives with a bevy of new monsters to catch, train, and exploit for personal profit, we at Game Industry News think it would be a great time to celebrate the history of this series with the games that introduced powerful Z Moves and regional variants- Pokémon Sun and Moon.

Fans of the Pokémon series were shown a lot of information leading up to Sun and Moon’s release in 2016- photos of a palm-tree looking Exeggutor and a psychic-typed Raichu showed up relatively early, showing off that Sun and Moon were trying to change up the formula more than previous games had done in the past. Throughout the new Alola region, players would catch Kanto Pokémon that adapted to life in the different climate and battle their way through island trials, all the while stopping the machinations of a couple new evil teams.

Sun and Moon had very involved storytelling, featuring long cutscenes that told the player the same information seemingly ad nauseam at every turn. You’re followed around Alola by the bubbly “rival” Hau as well as Lillie, a character who isn’t a trainer but carried a Pokémon of story importance. The plot itself revolved around the evil Team Skull who steals Pokémon, and the Aether Foundation whose goal is to cure hurt Pokémon. Except, Team Skull never actually seemed to be much of a threat and were often the butt of jokes. This includes the leader, Guzma, whose constant self-flagellation seemed to be more for boosting his low self-confidence than for the purpose of intimidation. 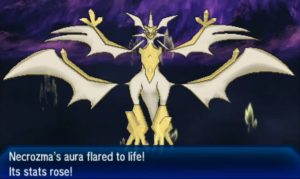 The plot does actually have a couple of cute twists that it pulls (as much as a Pokémon game can have), such as how the Aether Foundation was actually the evil team of the game, and Team Skull was actually just a bunch of trainers who flunked out on their island challenge (more on that later). Some cool battles do happen, such as the leader of the Aether Foundation literally merging with an extra-dimensional Ultra Beast to battle the player, or the big reveal that who you thought was your rival the entire game wasn’t actually your rival. The story is plagued with loads of unskippable text boxes that don’t really say anything of substance or drone on for entirely too long, however, which can make playing through the 7th generation games a chore.

81 new Pokémon were added to the Pokédex as of Sun and Moon, with several Pokémon from generation 1 receiving regional Alolan variants that gave them new abilities, types, and moves. If you were wondering why you saw promotional materials of a Dugtrio with a surfer dude haircut, the reason is because of generation 7’s new regional variants that gave new reasons to use older Pokémon again.

Powerful Z moves supplanted Mega Evolution for this generation- instead of changing into a more powerful form during battle, players could make their Pokémon hold a crystal to use a powerful move once per battle. Using your Z-Move at the correct time was an added layer of strategy, be it using it as a powerful nuke to break through opposing Pokémon, or using a status Z-Move to setup a sweep against your opponents. Both Z-Moves and regional variants tend to be divisive among fans, even 3 years later.

There were far more than just additions to the battle system in Sun and Moon: One major change in overall progression of the story is that gyms weren’t in Sun and Moon at all. Players completed island challenges across the four major islands of Alola, which involved going to new locations, completing trials, and then battling the Island Kahunas. The trials themselves played out similarly to the puzzles in gyms of previous generations, and usually ended with the player battling a powered up Totem Pokémon. After completing an island’s trials, you could battle the 4 Island Kahunas who functioned exactly like gym leader battles from previous games. There were more Totem and Kahuna battles than the 8 usual gym leaders, but depending on how much you like the change from actual gyms to the trials, this can be viewed as a benefit or detriment. 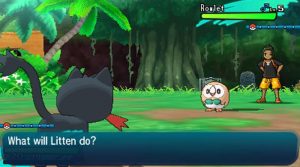 Ultra Sun and Ultra Moon released in 2017 as enhanced versions of the 7th generation games, and were actually the first time in any generation that new Pokémon were introduced mid-generation. Totem Pokémon battles were made more challenging, and the Ultra Beast storyline ended with a battle against Ultra Necrozma, an extremely powerful legendary Pokémon could likely out speed and one-hit-KO unsuspecting player’s teams. The added challenge was appreciated, even if the updated versions themselves didn’t really add much outside of giving players the chances to catch previous generation’s legendary Pokémon through the Ultra Wormhole mini-game. This game also marked yet another instance of very little post-game, unfortunately.

Of course, once the Switch game out, gamers eagerly awaited new Pokémon games. Let’s Go Pikachu and Let’s Go Eevee were released to both hold over fans until the 8th generation games and attract Pokémon Go players to the main series of Pokémon games. These games, remakes of Red and Blue with substantial changes, featured Alolan forms of Pokémon, Mega Evolution, and a catching mechanic very similar to Pokémon Go; clearly an attempt to grab the attention of mobile-only Pokémon fans. Many core features were removed, however, such as how non-trainer battles were surprisingly absent (replaced with the Pokémon Go style capturing for any non-legendary Pokémon), and abilities, a core component of the series since the third generation in 2003, were removed as well.

Of course, Let’s Go Pikachu and Eevee weren’t the only Pokémon games to come out during generation 7. Pokken Tournament, a Tekken-style fighting game featuring a Pokémon cast that was actually quite good, released in 2016 to reasonable reception on the Wii U. Detective Pikachu was an interesting, if not simplistic, puzzle adventure game featuring a talking sleuth Pikachu. Mobile games like Pokémon Go, Magikarp Jump, and Pokémon Quest also came out during this time period to varying degrees of reception, each.

Overall, a lot happened in the 7th generation, and it was clear that the developer was trying to shake things up in the Pokémon franchise. While some features were more warmly received than others, it’s clear that GameFreak was willing to cut through understood core components of their series in order to provide a new or more interesting experience. Cut through almost with a knife. Or, perhaps, a sword?