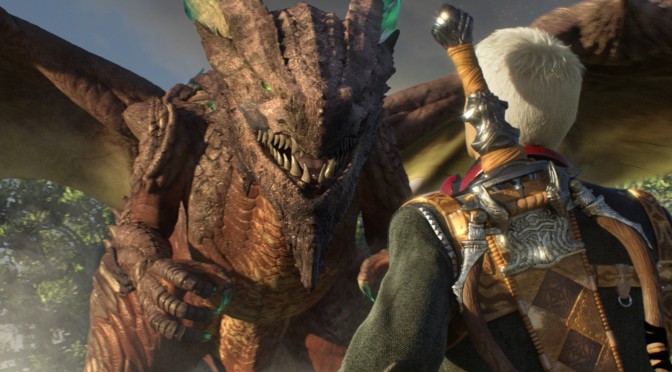 Hideki Kamiya was on the stage at Gamescom 2015 to unveil the first gameplay footage of Scalebound. Microsoft’s press conference announced that the Xbox One exclusive will also get a four-player mode.

This is an action RPG with a guy riding a massive dragon. If you loved that scene in Avatar, then this game is for you. And in co-op mode everyone gets a dragon, which they can communicate with in battle.

The trailer featured a wise-cracking young guy, with a set of headphones blasting out dance music, in the heat of battle. He has a dragon arm, which seems to give him the ability to go half man, half dragon in battle. During a skirmish with some soldiers, he whipped out his bow and arrow, but had more than a little help from his fire-breathing buddy.

The only bad news is that Scalebound’s not released until Holiday 2016. Until then, watch the trailer.