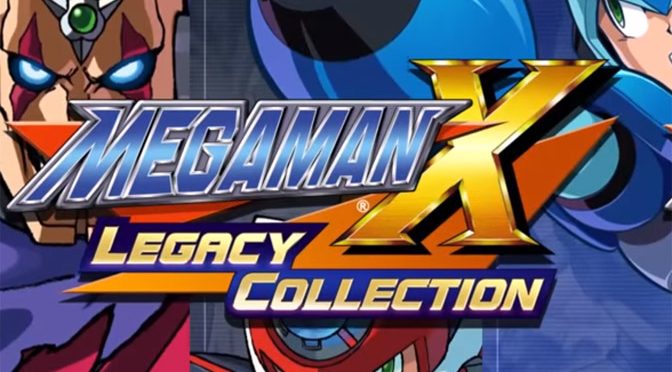 Alright, Capcom. We need to have a talk. See, I’m a Switch owner and I’ve been looking forward to the recent Mega Man and Mega Man X Legacy Collections coming to the console, but you just keep rubbing me the wrong way.

Let’s talk about that Mega Man Legacy Collection 1+2 that’s coming to the Switch in May. Initially, it was going to be a day-one buy for me. Mega Man is a series that I love, and the ability to take it on the go is something that I was looking forward to. However, I’ve since decided to skip out on the collection. Why’s that? There’s only one physical cart in this new Legacy Collection bundle. Players get a game cart for the first collection and a download code for the second. Maybe you don’t understand this, Capcom, but I want a physical release of both games. Without both carts, the collection just isn’t worth it to me.

Just in case you are reading this, Capcom, understand that I do love Mega Man. I already own the Mega Man Anniversary Collection for PS2, as well as Mega Man 9 and 10. I don’t NEED that collection to enjoy all of the Mega Man games. Heck, my current collection is already better than the Legacy Collection 1+2. (Seriously, why aren’t Power Battle and Power Fighters in this new collection?) That doesn’t mean that I don’t want to support a series I love, but you as a developer have to put in the effort if you want me to buy the games. No physical cart is a deal breaker for me.

Despite my dismay over the Mega Man Legacy Collection 1+2 Switch version, I still got my hopes up when the Mega Man X Legacy Collection games were announced just a few days ago. Sure, we knew they were coming earlier than this, but not exactly how. Seeing that they were two distinct games coming to the Switch excited me and led me to believe I could buy physical carts for both games. Unfortunately, this isn’t the case.

Here’s the thing, Capcom. We know it doesn’t have to be this way. Mega Man X Legacy Collection 1+2 are both available on the Japanese Amazon store as separate physical releases. Why couldn’t this be the case in the U.S. This would easily have made this a day-one purchase for me. Now I don’t know if I’m going to pick the collections up at all. Just like with the Classic series, I already own the Mega Man X Anniversary Collection for GameCube. Sure, it doesn’t have Mega Man X7 or X8 on it, but I’ve not actually heard a lot of good about these games. The Mega Man X Legacy Collection 2 was going to be my first experience with these games, but now who knows when I’ll get around to playing them.

Don’t think I don’t understand why you’re doing things this way, Capcom. You’re trying to save money by avoiding the “Switch Tax”. That’s the only reason I can think of that you would do this. I don’t believe it’s to try and push new purchases over used ones. Otherwise, you would have done the same with all the releases of the Mega Man X Legacy Collection games. Instead, both the PS4 and Xbox One versions of the bundle are coming with two discs, with each disc containing one of the collections.

That’s another thing we need to talk about. Why two discs for the two separate collections in the bundle? We both know that all eight of those games will fit on a single disc or cart. Are you really telling me that you couldn’t be bothered to create a new menu that houses all eight games? That’s just lazy, Capcom, and you know it.

I just want to finish this by saying that I want to support you, Capcom. I’m a big fan of several of your series: Monster Hunter, Devil May Cry and Resident Evil (the Revelations 1+2 bundle is another I skipped on Switch due to these similar practices.), just to name a few. But I’m not going to support you with these lazy business practices designed to cut corners. I have every intention of buying Mega Man 11 later this year, so long as it gets a physical release.

You can still undo this damage, Capcom. You just have to start caring a little more about your customer. Let’s hope you realize this sooner rather than later.