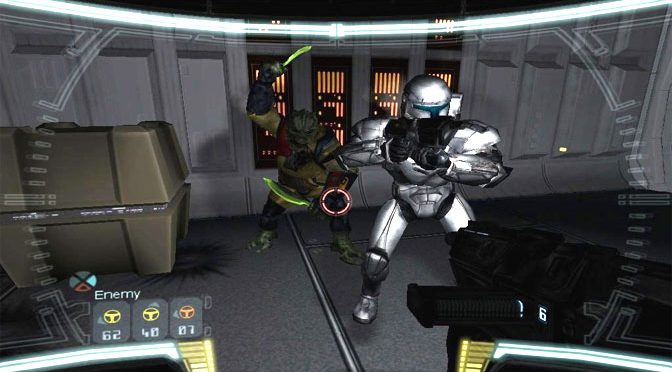 Hello everyone, welcome to another chaotic day at Skirmisher HQ. Today, we are sorry, but we’re talking about something boring, but potentially important for gamers…digital purchasing law. What led me to wanting to discuss something so boring you have probably considered switching to a new tab already? Well, I bought the port of Star Wars: Republic Commando for the Switch. It is digital-only and limited time only which I will not bring up because this column has discussed that ad nauseum.

So, then why am I choosing to look at potential laws that no one cares about?

The truth is, it could have a big impact on gamers and there is an interesting precedent being set by Amazon. In a class action lawsuit against the media giant, it came out that whenever you buy any media from Amazon, you do not “own” the media. Instead, you have a limited license to stream on demand for an indefinite period of time. That means, at any time, Amazon can remove the content you bought and there is nothing you can do about it.

So, I started wondering. Is it possible that Nintendo will implement a similar strategy and release limited edition, digital only games and then delete them from everyone’s consoles a couple years later and make them repurchase the game as a limited time event on the next console? And, of course, keep doing this over and over to essentially make people have to purchase the same game multiple times. Now, a quick note, there is no indication that Nintendo or any other company plans to utilize this strategy.

As a gamer I prefer to have physical copies of things so I can ensure I always have them. This is true with games, movies and tv shows. I hate to sound like a conspiracy theorist about all of this, but Nintendo has made some really head-scratching choices lately and I am not putting anything past them. I just worry that as the game market goes more and more digital, we the gamers are losing control over our purchases.

I hope I never have to write an article blasting a game company for doing this, but it is something I have to prepare for. With the digital requirement growing and everything becoming less physical, it opens doors for companies to squeeze gamers for everything they have. There is literally nothing stopping a company from deleting a game from a player’s library except they don’t want to. There is nothing gamers can do, especially if they decide to work it into the terms and conditions.

I don’t want to drag this conversation out for too long. My base point is this, Amazon is setting the stage for companies to gain better control over your digital purchases. This could have long term consequences such as forcing gamers to pay extra to keep their games after a deletion date or force multiple sales. What is important is for gamers to understand this situation so that if it happens, they can let the companies know they will not let it stand. In the end, the game companies have to listen to the gamers and if enough gamers spend their money elsewhere, the policy will change.

Let’s just hope that it does not come to that!