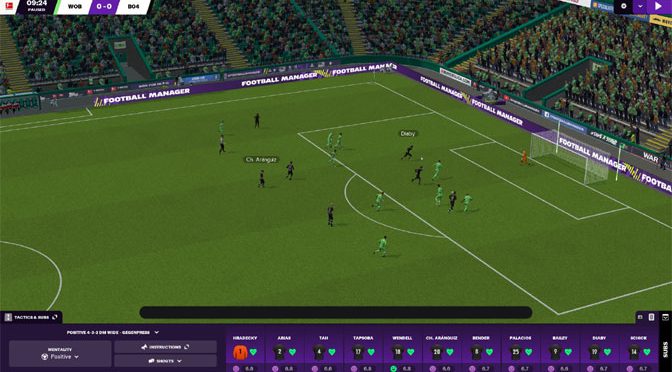 Hello everyone. I have made it back to my column and decided to bore you all by discussing management games. I feel there are not enough good management games, especially in sports. I first bought Football Manager back in 2018 during a Steam sale. I was not expecting too much, but have now put over 500 hours in on it. That blows my time on Madden, Borderlands 2 and Final Fantasy XII out of the water. Even if you combine them, those others are nowhere close.

So why do I love management games so much? 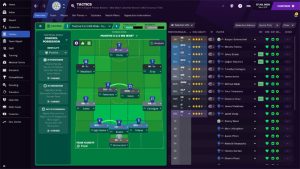 Well, truthfully I think it is because of the challenge posed by these games. In a pure management sim like Football Manager, I can’t just take control of a player like I can in FIFA or Madden and use my super skills to beat the computer even if they have a better team. Instead, I have to sign a strong team and get better players employing better tactics.

Other games that dabble in management don’t seem to do it well. In FIFA, the simulate function in that game just felt hollow. There is just so little control over the team building and player development aspect that I didn’t feel much like a manager or a coach.

In fact, I am a huge advocate to bring back the NFL Head Coach games from the mid 2000’s and let Sega handle them. Sega has been publishing Football Manager for years and they have all been solid games. I just want more games that require me to win using my management skills and critical thinking instead of just hitting buttons at the right time. While I mostly mention sports titles, I would love to see more games across the board that implement this function. I would love to see a Football Manager type game come out where you only select and build a military unit to handle missions without you taking direct control of an individual soldier or even guiding them like in a real time strategy. I know it might sound boring, but I love that challenge of building and seeing how my strategy and plans work against a computer.

There are some good proxies such as the Total War games, Civilization, and even XCOM a little bit. I just wish they were more readily available from AAA developers that have the resources to make larger and more complex games. Not to say that indie developers don’t make great games like that as evidenced by games like Stardew Valley, but it just isn’t the same. Especially in sports since it takes so much capital to pay for licensing and player rights. While I know these games bore the majority of gamers and do not pull enough money in to make them viable options, I just wish we could see a few more attempts to make management-based titles, especially as technology such as AI improves. I feel these games could also offer educational outlets as well with their resource building, planning and management skills. It would be great to see where these games, backed by even better technology, could lead down the road. Let me know if there are any management games that you love and would recommend people play.

Remember everyone, stay safe and game on, no matter what games you like to play.