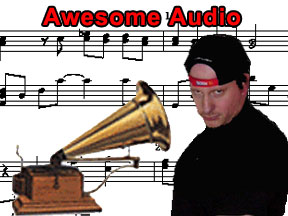 I decided to do something a little different this week. Rather than go off on the industry and what might be infuriating me, I realized I can’t always be angry, even when rabid fanboys bring the worst out of me. Because yes, there are some elements of this industry I still enjoy quite a lot.

If you all have read my reviews, you know how much I love to mention a game’s soundtrack. Yes, all the way back to when I was playing my NES, several soundtracks were quick enough to impress me, and over the years hearing remixes of the same song were always an interest of mine. I feared that even with the used of licensed music in games, that elements of originality might end up going away. But thankfully that is not the case.

In case, I was able to come up with five unique songs from recent games that I consider some of my favorites.

For some strange reason, I felt the soundtrack to Rising seems very close to a Power Rangers soundtrack, and that is not a bad thing at all. However, it was Mistral’s battle that was the most fun to take part in, and mostly it was because of this epic track. While the song starts at the 3:17 mark of this video, it really heats up to awesomeness at 7:05!

Far Cry 3: Blood Dragon won me over with its humorous take of bad 80s movies, television and games, but it really won me over with its epic score. While some of the licensed songs from movies like Predator, Rocky IV, and Miami Connection were impressive, it was Power Glove’s industrial Terminator-esque tunes that made the game as awesome as it was, right down from this amazing opening track. And yes, using this song for the final mission as well? Genius!

I said that Split/Second played like it was an amazing reality combat show that I wish would come out on television, but what they did for the Elite Races proved it. Here we have a dynamic soundtrack that changes for each lap, getting more and more intense all the way to the race’s climax. Too bad Disney closed down Black Rock Studios, because I would give anything for a second season!

You all know my stance on Killer Instinct, and how much I absolutely LOVE this reboot! And yes, I hear all the purists crying about how it’s not a complete game yet. But that does not stop the game from being any more fun than it already is. KI has been a favorite since I first played it back in 1994, and Double Helix did an admirable job in making a strong successor. But there is one element that DH brought that I enjoy more than others: the dynamic soundtracks, songs that change based on how the game is being played, right down to the hits on the Ultra Combos. Orchid’s music always stood out for me, and this is no exception, and yes, perform her Ultra on Rebel Outpost for an awesome finish!

When I said this song beats even the mighty Still Alive as the best end theme ever, I got a lot of heat. But I’m sorry everyone, I find this to be much funnier. I don’t know why. Maybe it’s because Skullmageddon is one of the best parody of 80s cartoon villains ever seen? Maybe it’s the lyrics that expose the entire game, the 4th wall breaking (right down to the Achievement/Trophy unlocking,) or the references of the other Shadow Warriors playing in the background. All this song needs is the entire cast to wave Bic lighters back and forth and it would be perfect! Oh and of course, Marian getting the last hit in…

I’m glad to see that in this era of licensing songs you can hear on the radio, there are still some impressive game composers. May they keep creating great tunes such as these.

Waiting For: Titanfall (Xbox One)