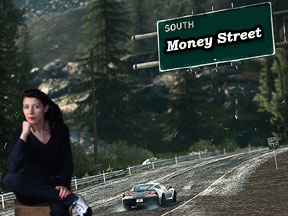 Accusations have been flying over the last week or so. First Microsoft was accused of paying gamers to create user-generated content on channels like YouTube promoting certain games and the Xbox One. Then EA was accused of doing the same thing. Then everyone threw their hands up in horror and now we all seem to have shrugged our shoulders and moved on. What?

I’m going to assume you’ve been hiding under a rock. An Ars Technica report alleged that Microsoft and its promotional partner Machinima had paid YouTube video creators for promotional content. According to the original article, the creators had to adhere to strict guidelines in order to qualify for payment.

The content had to promote Xbox One, include a minimum of 30 seconds of gameplay on the console and include a mention that Xbox One was being played. The video also had to use the tag ‘XB1M13’. The content creators were reported to have received three dollars for every thousand views they got.

Next up is the EA story, which was exposed on NeoGAF via an IGN report. A screenshot seemed to reveal a document regarding an EA ‘assignment’ called ‘Ronku.’ Similar to the previous deal, YouTubers would be paid for promoting certain games on certain consoles. Once again they had strict guidelines. The document shown said that whilst there ‘may be minor glitches in footage…do not highlight major bugs in your commentary.’

The assignment focused on Need For Speed Rivals and required creators to use the full brand name only, rather than any truncated versions such as ‘Rivals’ or ‘NFS.’ Other games listed on the document included FIFA 14, Madden NFL 25 and NHL 14. The document also appears to confirm that EA was paying $10 per 1,000 views with view caps of as much as 20 million. This means there were substantial fees at stake, potentially.

Okay, so it all seems a bit shady, but nothing you wouldn’t expect from a marketing agreement. You protect your brand name, promote it in the best light and get your partner to adhere to strict guidelines. That’s the reality of promoting games and other products. However, the plot thickens.

The news reports revealed that the video creators had to sign a Non-Disclosure Agreement (NDA) stopping them from criticising the games and the consoles concerned or any of the games on those consoles. On top of that it’s been reported that the creators also couldn’t say that they had been paid. Now this is when it gets a bit sticky.

Paying someone to talk about your products is nothing new. That’s how advertising and marketing works. That’s how sponsorship works. That’s not how journalism works – well, most of the time. And it’s certainly not how we expect user-generated content channels like YouTube to work. Part of the YouTube brand is the idea that it’s everyday people posting their impartial, unasked for opinion or experience of this or that or just a funny video of their cat.

Gamers are avid video producers. We can see them playing, reviewing, providing walk-throughs or just ranting about the industry. Everyone’s an online expert. Some of these people gain huge followings and all power to them. But it seems big business has cottoned on to this and they’re turning it to their advantage. And the only way they know how to do most things is with money.

Paying gamers to promote your games is fine, as long as those gamers can declare it. As long as they can say, ‘hey, insert game company, gave me this game and paid me to promote it, so here’s a little preview play to get you interested’. Once that agreement is hidden, it becomes dishonest. What viewers think is impartial opinion, is actually just advertising. It’s not illegal, but it’s morally ambiguous.

Of course the official statements have come out. Microsoft claims that Machinima added clauses it didn’t know about, and EA says disclosure was at the content creators’ discretion.

I’m sure the games industry isn’t alone in harnessing the power of YouTubers, as we become less and less willing to watch adverts by using ad blocking software. In fact, cosmetics companies regularly send swag to creators who focus on makeup looks, but I don’t know if they have NDAs slapped on them or not. Let’s just say I’m shocked, but not surprised by this whole debacle. When it comes to the amount of money flying around to make and promote games, I’m surprised these types of reports have only just hit the headlines.

It’s a shame if the big companies in the industry are using money to control the opinions of the little guys, the every men and women who like to talk about games online. If they really are gagging YouTubers and nobody knows who’s been paid and what for, then our community is the one that suffers.

Let’s hope we get more YouTubers like Boogie2988 coming clean and setting the record straight. This way gamers will know who to trust again.

Last week, Todd wrote his Xbox One review and had this big disclaimer, stating that he hadn’t been paid or rewarded in any way. I hadn’t heard the stories at that point and thought Todd had some unique bee in his bonnet. But having caught up with the reports, I have to say that here at GiN, we’ve always said ‘the i is for indie’. Now, that’s i for indie games, which we’ve always covered, even when they weren’t making headline-grabbing successes and raking in big bucks. It’s also for independent opinion and now it’s for integrity too.