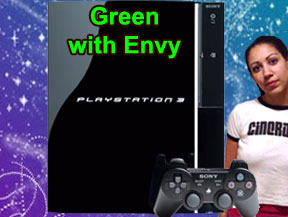 It seems to me that every day brings me more reasons to buy a PS3. Although I’ve always been an Xbox owner, I’ve never felt any animosity towards the PS3. They only reason I chose one over the other was because it had Halo and was considerably cheaper. There was no misguided loyalty involved. Fan boys usually cut off their noses to spite their face, but I’m quite happy to invest in a competitor console if it has games I want to play and Sony’s 2010 line-up is looking pretty good so far.

Of course, it doesn’t take a genius to figure out what’s piqued my interest in a Sony purchase. Two words – Heavy Rain. Yup, I’ve been yearning for some time now and no amount of poring over reviews and watching footage is enough to assuage that yearning. In fact, it only makes me want the game more.

Unsurprisingly, in this most conservative of industries, (fans and publishers alike) Heavy Rain has split us down the middle. People who like Heavy Rain and think it’s the future of gaming are on one side and those who would rather poke their eyes out with a stick than admit it has anything to offer are on the other. This fracture means it’s imperative that I play this game. I have my own crazy hunches, but no real experience to back them up with.

From what I’ve seen, HR offers us a new kind of interactive. In the same way that Shenmue took an old game mechanic and opened up a new way of play, HR is following in those mighty footsteps, while making its own mark on gaming. Shenmue gave us sandbox gaming, while HR is offering interactive drama or interactive story-telling. It’s a new genre – surely that’s proof enough of its significance.

No matter what its legacy will be, I want to play HR. However, this alone isn’t enough to take the financial plunge that is a PS3. Funnily enough, it’s more harking back to Shenmue that’s got me hankering after a PS3. The release of Yakuza 3 has got my spidey senses tingling.

There have been wild claims bandied about when it comes to Yakuza 3, not least of which is, it’s the closest thing we’ve had to Shenmue 3. Now, that’s more great storytelling right there. I for one am more than ready to run with Ryu again and take a trip down memory lane, back to the heady days of the Dreamcast and Sega’s landmark game.

And last of all, I would buy a PS3 just so that I can play everything that Team Ico has ever done and will do in the future. Seeing the trailer for The Last Guardian has already brought a lump to my throat, which is something only Team Ico games can do. It’s been a long time since I’ve been able to teeter on the edge of their beautifully realised precipices and I don’t really want to miss another one. TLG is out this year, so it looks like I may have to dip into my savings and get a slinky black number to put next the 360.

For a long time, I haven’t felt the need to through hundreds pounds Sony’s way. The games on the PS3 just haven’t been on my must play list and if they have, they’ve usually been available on 360 too. However, there’s been a shift. I’m seeing more risks and more artistically interesting games on Sony’s machine.

Could it be that the PS3 has become the thinking gamer’s console?