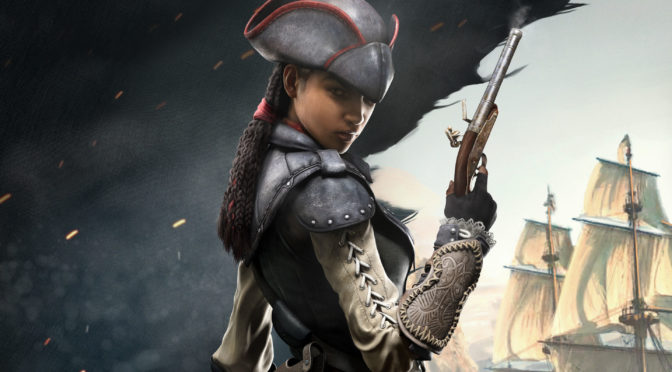 October marked 30 years of Black History Month, in the UK, which got me thinking about the best and worst black characters in games. 2016 was a particularly good year, with the likes of Virginia, featuring two black, female leads and Mafia III’s Lincoln Clay, as well as Nadine Ross. However, inclusion is still lacking in games, which do better when it comes rendering water physics, than they do black hair textures.

Video games have grown to become a £2.96 billion sector*, in the UK, outstripping film and music combined. Despite this success, games still borrow their black stereotypes from Hollywood. Rather than trying to do better, games often portray black male characters as the big, muscly guy with a gun, the pimp, the criminal or the rapper. Black women are rarely featured at all as playable characters, instead being relegated to the tough woman, the prostitute or exotic other. In addition, the dominance of the US as a key market means games still don’t portray the black, British experience or much beyond urban America.

Looking back at 30 years of black video game characters shows that it is getting better, but we still have a long way to go. This list is by no means exhaustive, but offers some highlights (and lowlights). In my defence, the iconic Daley Thompson’s Decathlon just fell outside the 30 years bracket. 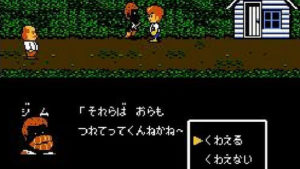 Released on the Family Computer, Tom Sawyer is noted as the fourth most racist video game in history. Based on Mark Twain’s novel, this unremarkable roleplaying games is remembered for the racist caricature of Jim, complete with oversized lips and references to apes. 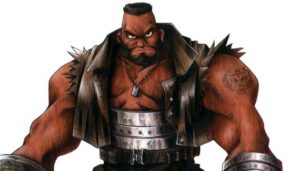 Barret is the first black character in the long-running Final Fantasy series. Critics highlight the racial stereotype of the big, black guy with a gun, speaking in African American Vernacular (AAV) and his likeness to Mr T. However, Barret has a complex backstory as an eco-terrorist intent on saving the planet for his adopted daughter, so he’s a caring father and widower. 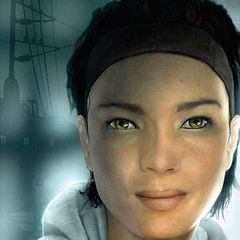 The first woman on the list, Alyx is a notable mixed race (African American/Malaysian) character in the critically acclaimed and successful Half-Life 2. She’s not defined by her race. The daughter of a black scientist, Alyx is an intelligent computer scientist, hacker and programmer in her own right. Unfortunately, Alyx is an NPC, so we’ll have to hope for that mythical Half-Life 3 for her to get her own game. 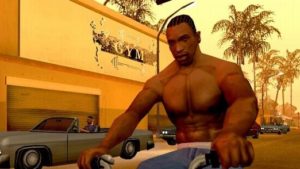 The British-made Grand Theft Auto (GTA) games changed the face of the industry and after GTA III became one of the best selling series of all time. CJ Johnson is the first black lead in a GTA game. Despite falling into the gangbanger stereotype, CJ is one of the few GTA characters to show remorse for killing, which sets him apart in more ways than one. 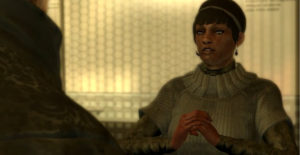 Over 20 years after Square’s Tom Sawyer, it happened again with Deux Ex. Letitia is an NPC who is found sifting through rubbish and then speaks with a caricatured, black deep south accent akin to something out of Tom and Jerry. Considering Deus Ex is set in a cyberpunk future, the racist stereotype is more than incongruous. A serious misstep for an industry that still struggles to represent black characters well. 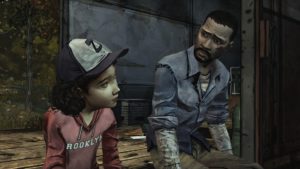 Lee Everett is that rarest of things; the black man as the every man. Lee is the good guy thrust into a bad situation. He’s a history professor, which means he falls outside the typical black stereotype of the urban thug. That said, he is a criminal, having killed the man who had an affair with his wife.

Crucially, Lee becomes the father figure for the young Clementine, and tries to protect her from the horrors of the zombie apocalypse. This alone makes him one of the most positive black video game characters ever written. Lee sets the bar high and more games need to try to beat it. 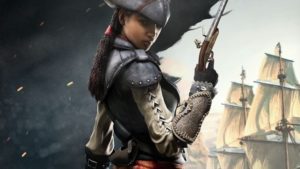 Aveline is an African-French assassin in 18th century New Orleans. She is the first female lead in the popular Assassin’s Creed series, which takes real world events as the backdrop for its historical fantasy. Adewale, a former sugar plantation slave, became the second black lead in an Assassin’s Creed game and 2017’s Origins takes the series to Africa for the first time with an Egyptian protagonist. This series is known for its in-depth research and Ubisoft’s attention to detail benefits its characters, as well as the beauty of its settings. 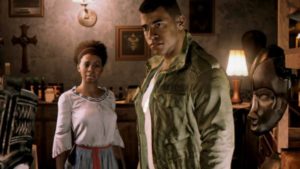 Mafia III has been praised for its storytelling. Lincoln Clay is a mixed-race Vietnam vet and mobster on the make set against the political and cultural backdrop of 1960s America. Taking an unflinching look at racism in America, Mafia III departs from the usual white, male lead. 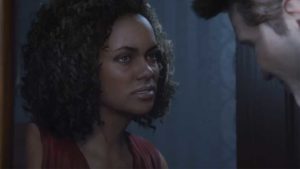 South African mercenary, Nadine Ross is an NPC sporting naturally textured hair, which is rare. Games struggle with black hair, giving players and characters options limited to braids or afros or black female characters often have straight hair. This makes Nadine’s natural hair a standout moment and one that made me whoop with joy. 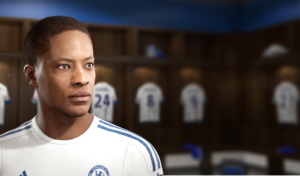 In 2017, EA added a new interactive story mode called The Journey to its flagship, blockbuster football game, FIFA, following an aspiring footballer’s path to the Premiership. Although black people have always been represented more in sports games, it’s significant that Alex is a black kid from Hackney, a London neighbourhood.

Who have I missed? Tell me your favourite black game characters or the ones you’d rather forget @chellaramanan