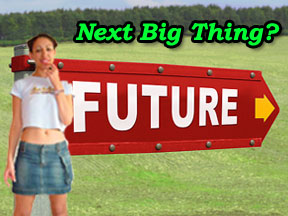 The year 2011 was one of disappointments for me. It all looked so promising, but nothing really delivered with L.A. Noire and Assassin’s Creed: Revelations both feeling a bit hollow. However, I like to start the New Year on a positive note. Looking ahead at what’s coming our way in 2012, being positive is a very easy task. So here goes.

Sony kicks off 2012 with the launch of its PlayStation Vita, which hopes to take on the big boys in the handheld market; not Nintendo, but Smartphones and tablets, such as the iPad. It’s a powerful system and has a line-up of great games on its side. With Unchartered: Golden Abyss available at launch, Sony is clearly stating its claim as a handheld for playing "proper games." So for those who want more than the latest iteration of Angry Birds, Vita could be the way to go.

When it comes to games, 2012 has got some serious fire power.

BioShock: Infinite – this is the third in the series. We’re no longer under water in Rapture, but transported to 1912 and the air city of Columbia. The game looks like a departure for the series, making it a spiritual successor, rather than a prequel or a sequel to the other two games.

Judging by the trailer it looks like another case of superior world design, intriguing characters, all hung on that great BioShock gameplay. It’s out this year, but we don’t know when.

Check out the trailer and get enthused.

The first big release of the year, in it’s usual spring spot, is the latest Mass Effect. In the last of the trilogy, we get a female default Shepard for the first time and it’s going to be a kick ass battle to save Earth from the Reapers. It’s time to wrap up all those love affairs around the galaxy and get down to killing all them evil aliens.

In 2012, Tomb Raider gets a reboot from Square Enix/Eidos. This prequel gives us a new kind of Lara. She’s just 21 and this isn’t the cold, calm and collected Lara we’re used to. This time she’s scared, vulnerable, with cuts and bruises and we may actually get to feel something for Lara this time around.

Max Payne is back in 2012, much to the delight of fans of the series. This time around Max is looking tubby and washed up, with a bottle of whisky clasped in his hand. He’s in Sau Paulo and he’s running with the wrong crowd. It doesn’t look good for our anti-hero and judging by the trailer it all goes a bit Man on Fire.

If that blast from the past isn’t enough for you, how about Halo 4. The fight hasn’t been finished, so saddle up soldier. The game follows on from the end of Halo 3, if anyone can remember that far back and marks a return for Master Chief and Cortana. It’s being developed by 343 Industries, rather than Bungie, so nobody knows what to expect. The pressure is on.

And yet another blast from the past in 2012 with the promise of a new Hitman game. It’s been a while since we’ve seen Agent 47, so check out the trailer to watch him defeat those foes with the old empty elevator trick. Snipe.

If there is only one reason to own a PS3, this game is it. The Last Guardian is the latest game from Team ICO, of Ico and Shadow of the Colossus fame and promises to be more of the same poetic brand of gaming they’ve become famous and loved for.

The Last Guardian has hit development trouble with executive producer Yoshifusa Hayama and series creator Fumito Ueda both leaving the studio. And before Christmas GameStop removed the game from its release schedule, which caused anguish among fans. Sony denies the game has been cancelled, but we shall wait and see. Fingers crossed. Even better would be a release across multiple platforms.

Until then, here’s the heart-warming trailer.

And then there’s GTAV. Okay, so it hasn’t been officially announced for 2012, but I just wanted to give you an excuse to watch the trailer again. No need to thank me.

And if that lot’s not enough to get your fire stoked for the year ahead, we’ve got E3. If the rumours are to be believed, we’re in for some new hardware announcements. Sony and Microsoft both deny the rumours, but we think the console manufacturers do protest too much.