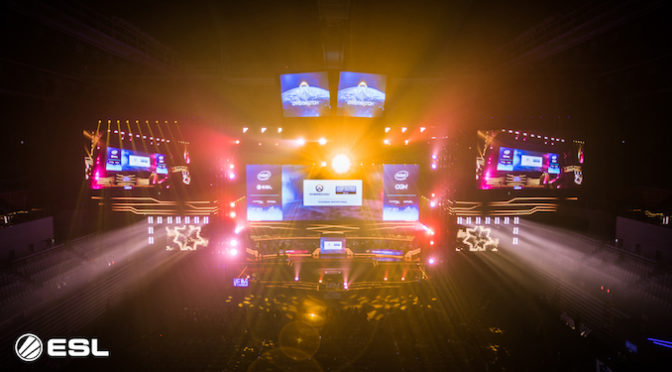 A total of 172 teams competed for a $100,000 prize pool and 10,000 CWL Pro Points toward qualification of the first ever CWL Pro League.  Day one of the competition also began the pool play for the CWL open where twelve teams in four pools competed.  These included the 2016 champions Team Envyus along with the favorite Optic Gaming and FaZe Clan.   One of the surprises of the day came from the up and coming Gosu Crew who scored a 3-2 win against FaZe after losing to Envyus  3-0.  FaZe also scored a 3-1 victory over Envyus. Optic Gaming came in as a favorite but Rise Nation dominated over pool B with 2 wins against both Optic gaming and Team Revenge.

On Day two and three we saw the top teams fall with Envyus defeated by eLevate and Optic Gaming lost to Enigma6. The second place finishers at the 2016 CWL championships Splyce came into the competition through the open bracket. They went on to compete in the winners bracket after defeating both Echo Fox, owned by former NBA player Rick Fox,  and Team Kaliber.

The quarter final winners were FaZe Clan with a 3-1 victory over Splyce, Rise Nation with a 3-2 win over Luminosity, Cloud9 beat eLevate 3-2, and Allegiance moved on with a 3-0 win over Enigma6. In the semifinals Rise Nation beat FaZe Clan 3-1 and Cloud9 fought for a 3-2 victory against Allegiance.

Championship Sunday was the final game between Rise Nation and Cloud9 with a best of five game. The first game was Throwback Hardpoint and with Faccento dominating the match Rise Nation defeated Cloud9 250-222. Game 2 was Retaliation S&D with Rise Nation winning again with a 6-5 win. Cloud9 came back in Frost Uplink with a 4-2 win and then in Breakout Hardpoint for a 250-174 victory. On to game 5 and Scorch S&D with an almost perfect 6-1 victory by Rise Nation. The first champions of the 2017 Call of Duty World League is Rise Nation.

Also at the MLG Vegas was the Overwatch Invitational with a prize pool of $100,000.  Eight teams started with only Team Envyus and FaZe competing in the Grand Finals. In the end Team Envyus took the win 4-0 over FaZe. 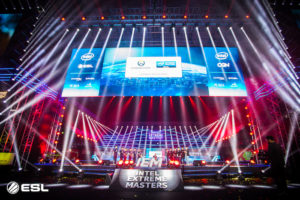 Another Overwatch tournament that happened in December was at The Intel Extreme Masters (IEM) Gyeonggi in Korea  December 16 – 18.  Here the best Overwatch players competed for a $100,000 prize pool.  The grand final was between Luxury Watch Red and Lunatic-Hai, with Luxury Watch Red taking the win with 3-1.

The Hearthstone ALLSTAR Invitational brought together the best Hearthstone players from around the globe to compete against the best from the Hong Kong and Taiwan regions. Sixteen players were invited to compete in the online group stages between December 1-4. The top eight went on to a single-elimination quarterfinals and the final four onto the semi-finals and grand finals, held in Taipei, Taiwan on December 17.  Hearthstone’s  best of the best were invited with top names from the 2016 World Cup including the BlizzCon champion Pavel, Cydonia along with  DDaHyoNi, Naimen, and JasonZhou.

The winner of the grand final was China’s JasonZhou who beat Canada’s Cydonia 4-3.

The StarCraft II World Championship series 2017 kicked off in Korea with the IEM Gyeonggi. Players competed for a stake at a $35,000 prize pool.  It began with a group stage of four groups of four teams battling in double elimination best of three match-ups. The top two players of each group totaling eight players advanced to the playoffs with a best of five single elimination bracket.  With the two finalists  going on to the grand final’s  best of seven match-up.  The final match-up was between INnoVation and Stats for a stunning upset victory by INnoVation who took a 4-0 win and $15,000.

Also at IEM Gyeonggi was the League of Legends competition for a prize pool of $100,000. The group stage had two groups of four teams each, with the first round a best of one followed by best of three matches. From the group stages the best four teams went on to the playoffs with best of three semi-finals and a best-of-five grand final. The playoffs were between the Worlds champion’s Samsung Galaxy and Team Liquid with a 2-0 win for Samsung Galaxy. Immortals lost to Kongdoo Monster 1-2.  Samsung Galaxy defeated Kongdoo Monster in the grand final with a 3-1 victory taking home a total of $50,000 and a spot in the IEM Katowice in March.

Heroes of the Storm

From January 20-22 Heroes of the Storm kicked off its Heroes Global Championship series with sixteen teams.  The teams, eight from North America and eight from Europe, competed in best of five matches. First to face off were Team Dignitas against the Misfits.  Misfits bested their competition both Team Dignitas and Fnatic for a current 2-0 standing. Team Dignitas is owned by the Philadelphia 76ers and Misfits are partnered with the Miami Heat.

IEM World Championship Katowice CS:GO and StarCraft II March 3-5 in Katowice, Poland
This will include the best CS:GO women teams competing for $30,000. Taking place the second weekend this will feature eight teams from North America and Europe, with four direct invitations to the tournament. The remaining four will be determined from online tournments.

Call of Duty World League Atlanta hosted by MLG Febuary 10th – 12th.
Over 176 teams from North America, Europe, and Asia-Pacific will compete for a $200,000 prize pool.

Brazilian football legend Ronaldo Nazario de Lima has become one of the new investors in the CNB e-Sports Club along with poker player Andre Akkari and Igor “Federal” Trafane.  CNB e-Sports is involved in League of Legends and CS:GO.

The latest NBA team to get into the  eSports business is the Miami Heat. They formed a partnership with Misfits who participate in Overwatch, League of Legends, and Heroes of the Storm.

On December 6, Legendary Pictures announced a new comedy about eSports is in the works. The film will star Will Ferrell as a member of a professional eSports team and the film will be similar to Talladega Nights: The Ballad of Ricky Bobby. There is also discussion with Evil Geniuses and Fnatic to have a role in the movie.  Legendary’s announcement seems focused on showing the youth of eSports while having Will Ferrell ‘s character being an anomaly. The script will be written by Michael Kvamme & Jordan Dunn and produced by Mosaic and Gary Sanchez.

These are only some of the stories and competitions for December 2016 and January 2017. Stay tuned to GiN eSports for more news and competition coverage from the world of eSports.