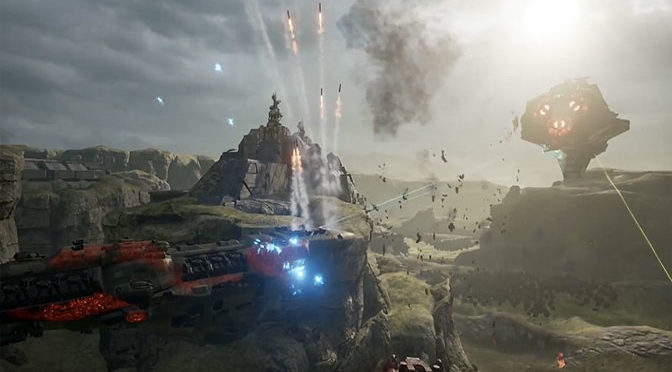 Grey Box, Six Foot and independent developer YAGER have released the all-new Havoc mode for the console-exclusive closed beta of Dreadnought, the class-based spaceship action game, on the PlayStation 4 computer entertainment system. Available only on the PlayStation 4, Havoc is a cooperative mode in which three players attempt to survive as long as possible against progressively tougher waves of enemies from the Scavs, a new AI faction with their own unique ships. Rather than bringing their own premade fleet loadouts into battle, players will select ships at the beginning of each match and upgrade them over time. Havoc is … END_OF_DOCUMENT_TOKEN_TO_BE_REPLACED

Independent publisher Grey Box has issued a call to battle stations today, announcing it is working with Berlin-based studio YAGER to create Dreadnought, an aerial armada action game for PC. Set in a futuristic era of war and refuge, players will take on the role of a mercenary spaceship captain who owes allegiance to no nation, fighting for glory amidst a galaxy of chaos. https://www.youtube.com/watch?v=teH5Oowj-J8 “Dreadnought harkens back to the PC space combat game we developed when we first started out,” explained Mathias Wiese, Art Director and Co-Founder at YAGER. “In the years since, we’ve been developing and testing some … END_OF_DOCUMENT_TOKEN_TO_BE_REPLACED