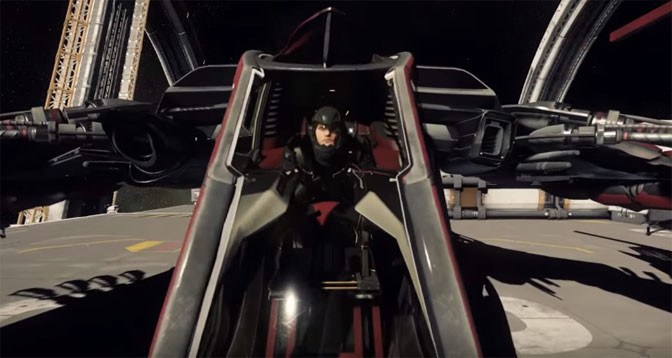 Cloud Imperium Games, led by legendary game designer Chris Roberts, has opened an office in Santa Monica to help create Roberts’ new space sim game, Star Citizen. The game marks Roberts’ return to the gaming industry and has garnered headlines in the last six months by bringing in more money via crowd funding than any other game to date. Cloud Imperium has raised more than $8.6 million since October of 2012 for the development of Star Citizen. Roberts is best known for creating the hugely popular Wing Commander line of games in the 1990s. Those games sold millions of units … END_OF_DOCUMENT_TOKEN_TO_BE_REPLACED

Last week we brought you news that Chris Roberts, producer behind some of the greatest PC games of all time including Wing Commander and the Privateer series, was working on a new game called Star Citizen. He’s trying to bring back PC gaming in full, and his kickstarter campaign is doing very well. This week we bring you the full trailer, plus a brief talk from Roberts himself. Enjoy! Developers: Cloud Imperium Games Platforms: PC

Chris Roberts, who helped define the space sim genre in computer games during the 1990s with his Wing Commander and Privateer franchises, is back in the cockpit again with a new title he says will change the way people perceive games for the PC and will breathe new life into space combat games. The new game, Star Citizen, was officially announced today at the Game Developers Conference (GDC) Online taking place at the Austin Convention Center. The game is being developed by Roberts’ Cloud Imperium Games studio, located in Los Angeles. Roberts’ re-entry into gaming comes after he spent more … END_OF_DOCUMENT_TOKEN_TO_BE_REPLACED