Not everyone gets the message. Some take the Assassin’s Creed thing a bit too seriously. Fortunately, they’re subject to training. 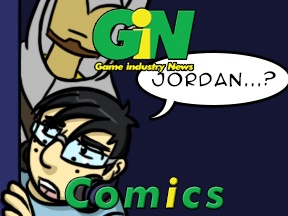 Are special announcements about game trailers really necessary? If you take the sense of the GameCo bullpen then apparently so.

Sure, GameCo makes games. GameCo even SELLS games. But is that really why they exist? Is it really why any game company exists?

Is it really that bad when a comic character gets a full time job? Not usually, but what if it’s sort of…at best…a sideways move. Well, at least it’s got a lot of exposure. 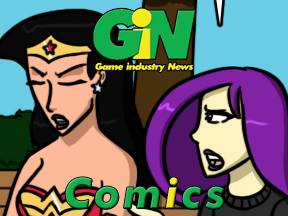 The ladies continue to point out some hypocrises in Hollywood’s approach to superheros. It’s truly a shame. Fight the power! 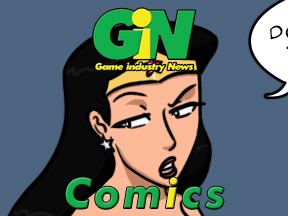 Today Aster and a special guest are lamenting a certain something. And what’s his name? With the fur? Turns out he’s not helping at all.

Sometimes ideas that seem good can be…not good. Double plus ungood, even. So it is with the folks at GameCo this week. 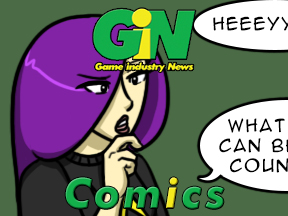 Sooo…the gang moved 100,000 copies of their game during Joe’s painkiller-fueled rampage. Now it’s time to figure out if it was worth it. Was it? So the Comic has Joe feeling better. But is it the painkillers or the sales that are perking him up? And at what cost? 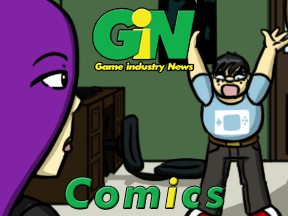 So what exactly DOES one do when the guy in charge of the money is loopy? The gang has to figure that out in this week’s Sunday Comic!