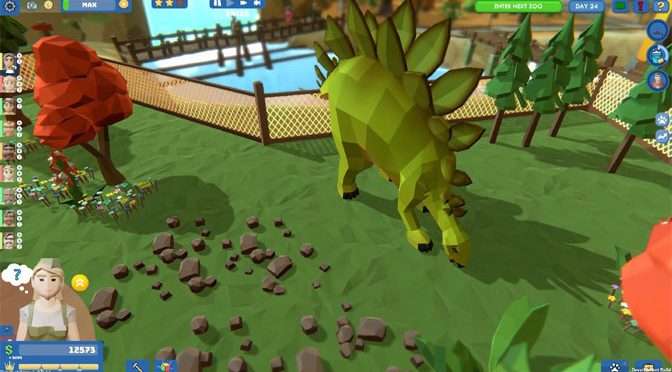 Have you ever sat down in front of your computer after a hectic week and just wanted something, well, easy and light just to help wash away all the stress of your week? Well, ZooKeeper is exactly that kind of game. The game is straightforward and most-importantly low-impact. If you’re looking for post-terrible day relaxation, ZooKeeper could be a solid candidate if one not without flaws.

ZooKeeper is a building management game in which you build and maintain zoos. You acquire animals of which you must take adequate care, including feeding, entertaining, cleaning, etc. When these tasks become overwhelming, you can hire staff to shoulder some of the burden. 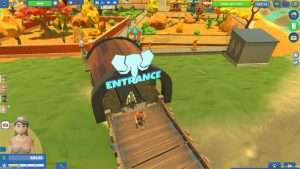 The game does offer a certain amount of progression in that by accomplishing certain tasks a certain number of times, you can unlock more resources and ultimately more parks that you can design to your specifications. That’s really all there is to ZooKeeper, which just launched on Steam. Build a Zoo. Care for animals. Hire help. Build more zoos. 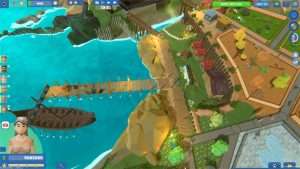 As expected, you start your zoo construction journey by building the smallest of the park options, which you can actually see by scrolling through the introductory page. The tutorial contains pretty straightforward instructions with few surprises, but you do get credit for completing tasks by going through the exercises in the tutorial. From there, you learn about habitats, which is where the first inkling of resource management comes into play. Each habitat has a certain cost associated with it, and the larger the habitat, the greater the cost. You also have to construct paths so that zoo visitors can see the animals on display, and the pathing tool is really where the first flaw appears. 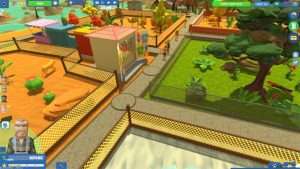 Y’all, the pathing tool is annoying to use. To build path segments, you click on a “fencepost” and then extend it. If you’re just making straight lines, it’s fine, but as soon as you begin to modify your exhibits to make them more interesting, you have to start manipulating all of the various fenceposts, which rapidly becomes time consuming and tedious. Also, path segments do cost money to construct, so you’d best be certain about where you want that path to go. 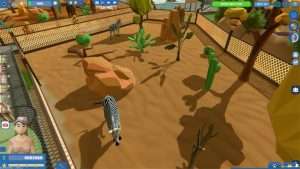 Once you’ve got an enclosure and a path, you get to buy animals to put in said enclosure. A small emoji face indicates how your animal is feeling, which is important as keeping the animals happy is part of your job as zookeeper. Hovering over the animal in question unlocks a screen that indicates what your animal may want and what you can purchase for said animal to keep it happy. Keeping your animals happy also includes having enough workers to care for them, which is where you begin hiring your staff. These staff members can then take over certain tasks, including cleaning pens and entertaining the animals inside the enclosures. Note, however, that each of these workers represents an ongoing expense as you will have to pay them regularly. You also have to assign specific tasks, and some of them don’t recur automatically, meaning that you have to direct each staff member to repeat the activity each and every time it needs to be performed. Once you’ve got all that squared away, you can begin welcoming guests to your zoo, though at least in the beginning, no one is going to accuse you of having spared no expense. 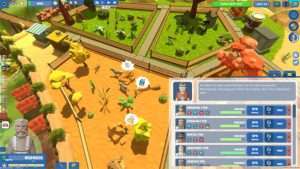 Visually, the game is rendered in low-poly style, which may be up your alley or not. The colors are bright, and while you cannot manipulate the terrain, you can achieve a fair amount of customization of your habitats. However, weirdly, your workers’ faces remain at the bottom of your screen, and those faces don’t look like faces. It’s a touch creepy. On that note, your female staffers are somewhat clothing impaired. When I hired Betty, I couldn’t tell from her picture if she was wearing a shirt underneath her uniform shirt or if the neckline plunged all the way to her navel. When she appeared in my enclosure, she was indeed somewhat lacking in clothing. While quibbling over this detail might seem like nitpicking, ask yourself for a moment why Betty’s midriff has to be bare. There’s nothing dictating that the devs had to make that choice beyond who they believe their audience to be and what they believe that audience wants to see. I find the assumption underlying Betty’s work attire a touch troubling, especially given that the tagline for the game emphasizes that you’re going to build the zoo of your childhood dreams.

The game’s sound is largely forgettable, and there’s no voice acting to discuss. The animals do make appropriate vocalizations, and that’s admittedly cute. However, the game does not invest in developing its sound profile. 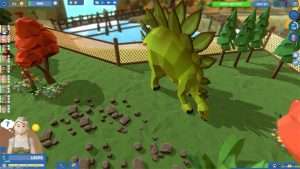 I did like that the game includes an infrastructure requirement, meaning that in addition to cleaning up animal poop, you have to build toileting facilities for the two-legged guests to your zoo. That’s a detail that frequently gets skipped over in games like this, so seeing that added as a task was refreshing. In terms of resource generation, the game does allow you to construct refreshment stands, which also contributes to the guests’ happiness and your bottom line. That keeps your efforts going, and the game continues from there. 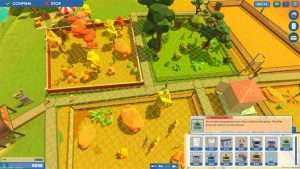 ZooKeeper is a chill game, and it exhibits moments in which the devs paid real attention to detail and others in which they clearly did not. While ZooKeeper won’t win any Game of the Year awards, it’s a fun little simulator though I’m not entirely sure that it has replayability. Families with children should feel free to turn their munchkins loose in this environment with the caveat on the graphics mentioned above.

ZooKeeper retails for $9.99 on Steam.