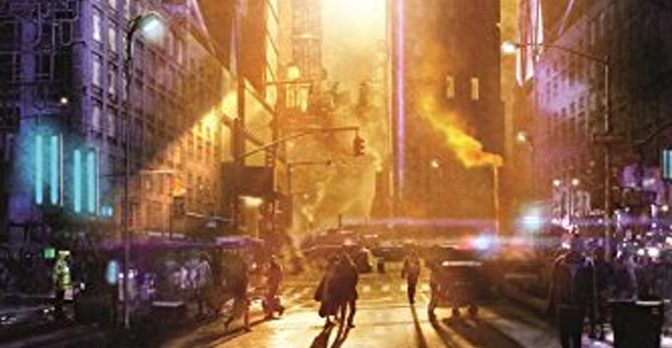 Hey all I’m back with another novel from the good folks at Tor! It’s Dayfall by Michael David Ares!

Plot Synopsis: FEAR THE DAY. In the near future, patches of the northern hemisphere have been shrouded in years of darkness from a nuclear winter, and the water level has risen in the North Atlantic. The island of Manhattan has lost its outer edges to flooding and is now ringed by a large seawall. The darkness and isolation have allowed crime and sin to thrive in the never-ending shadows of the once great city, and when the sun finally begins to reappear, everything gets worse.

A serial killer cuts a bloody swath across the city during the initial periods of daylight, and a violent panic sweeps through crowds on the streets. The Manhattan police, riddled with corruption and apathy, are at a loss. 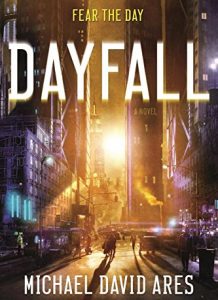 Plot: This is mostly a Murder Mystery book with a bit of Sci-Fi added in due to the near future setting. Honestly, I had a great time reading this book, and while I won’t talk about specifics because of the nature of the book, I will say that it was a rather intense ride from cover to cover.

Characters: The entire cast is good, but my favorite side character is Halladay for the various nicknames. That being said I wasn’t absolute thrilled by the cast, it was a little too close to reality for me to enjoy with complete enthusiasm, but that is more due to the genre rather than any character faults.

Overall: A solid read, and a great Murder Mystery for those who love that genre.

For those who like: Mystery, Drama, Detective Work, Near Future Settings.