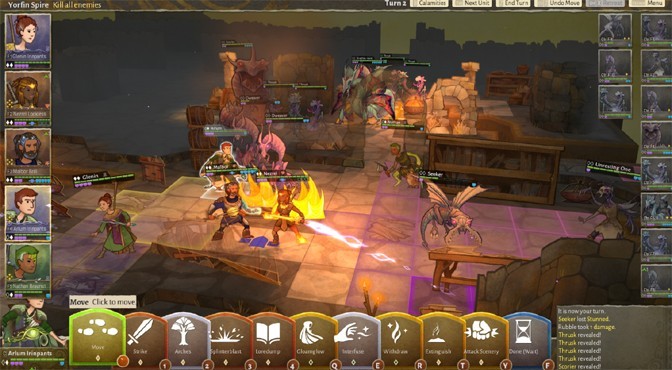 Wildermyth, the character-driven mythmaking RPG that mixes the storytelling of D&D with the tactical combat of X-COM, has just launched a brand-new campaign for players. “Eluna and the Moth” is the most intricately crafted experience in the game yet, and mixes up the game’s formula in some big ways.

To fit with the story, the first chapter takes a more structured approach with less of a focus on overland management. Many of the battles and events throughout the campaign happen at less expected points. The campaign happens over a smaller span of time, allowing the player’s starting heroes to make it all the way to the end — if they survive!

Today’s update also includes several new victory events, a few new faces, and the regular raft of bug fixes and tweaks. Wildermyth is currently available on Steam Early Access and is sitting at an “Overwhelmingly Positive” rating with almost 2,000 reviews to date. Find the game on the Steam gaming platform.

And check out our early access review of Wildermyth!