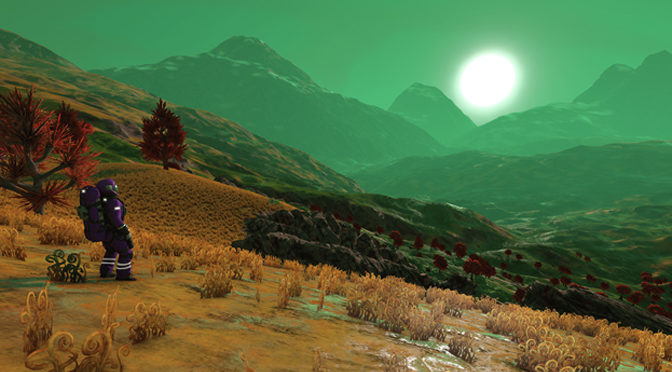 Today, the team at Space Engineers are pushing all the features from last week’s enormous update to the stable branch. Just in case you missed the news, this includes the total block redesign, new multiplayer netcode, a tutorial campaign and much more! We wanted to make this great update available to all players, as you’ve been asking for it all week! This update marks the transition of Space Engineers entering into the Beta phase.

Throughout its time in Early Access, Space Engineers has become the first space sandbox game of its kind and size; as a result, we have successfully established ourselves as one of the leaders in the genre. Very few games allow you to build such a huge variety of ships, stations, voxel based planets, and mods. It has one of the biggest workshops on Steam thanks to its amazing modding community, with more than 240,000 items and counting!

This is what the developers have to say about the game and the move to beta:

At the moment, a great multiplayer experience is our primary goal. We are proud of the strides we’ve made with our newly implemented multiplayer and are planning to improve it even further in the future.

So what do you need to know about the Space Engineers Beta? 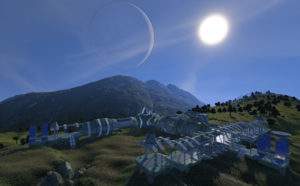 The most important thing to remember with this announcement is that there are still more improvements, optimizations, and contents to come. As an example, I can confirm that one of the things being worked on currently is a new HUD which should significantly increase immersion in game. Beta simply means that we feel the game now has a solid foundation. Some of the new models will be receiving adjustments because of feedback from the community. Thanks to feedback from the Space Engineers community, we were able to clean up many, many bugs and crashes that our players were experiencing regarding multiplayer and online play.

If you are a current player and fan, you can look forward to fewer bugs, more optimizations, an updated user interface (new HUD), and constant improvements in all aspects of the game. If you would like to help, please leave your reports and log files in the bug section of our forums here: http://forum.keenswh.com/forums/bug-reports.326950/

What if I’m new to Space Engineers?

In case you are a potential new player, there is now a tutorial campaign to help familiarize you with basic gameplay once you purchase the game. Sandbox games can be overwhelming in the beginning because of their sheer scope of possibilities. The campaign experience can now introduce you to the world of Space Engineers comfortably, without the need to read guides or go through clunky tutorial missions. It also serves as a showcase for what all you can achieve with our visual scripting tool. We cannot wait for what will be the golden age for modders in Space Engineers history!

What about us modders?!

If you are a modder, we really want to thank you for sticking with us during this crazy ride. At the beginning of the development we wanted to make our game as mod-friendly as possible. We even published the source code on GitHub for our modders to poke around in and the Space Engineers workshop ended up blowing our minds as a result. There is constant contact between us and our modders. Some of their creations were even implemented into the core game, such as the fighter cockpit, corner lights, and corner LCDs. There may be time for additional mods after we polish and optimize the game during the Beta stage.

We know modding an early access game can be frustrating from time to time, because things are constantly changing and we want to make you happy. From now on you can look forward to a more stable environment for modding as well as official, updated modding guides. We also have plans for cleaning up and polishing the MODApi interface during the Beta stage.

You guys aren’t looking so small these days…

It’s true! Keen Software House has now grown into a company of 50+ employees! However, we still consider ourselves an indie company. Testers can talk to the leads, artists can walk over and discuss something with programmers, designers can call out to producers, etc. We maintain an atmosphere of openness and communication at all times, and enjoy the aspects of being an independent company. The plan is to continue this way now and for the foreseeable future. 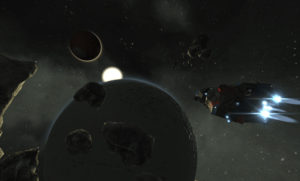 Our goal from the beginning has been to deliver the vision from the minds of our highly talented team to the people. More than anything else, the Beta period will focus on stabilizing and optimizing in order to realize that goal. Keep in mind that this is still a period of development. Over the next few months, we plan to make Space Engineers the best it can be so that we are fully prepared to launch the full version of the game. We have been humbled by the support of our awesome community, and we can’t thank you enough for all the ways you’ve helped make this game a reality. Whether you’re a modder, a user on our forums, someone who’s uploaded content to the workshop, or a fan playing to exercise their creativity- you are the reason we are able to exist. Thank you for allowing us to pave the way for a game like no other. We’re excited for what the future of Space Engineers holds!

Space Engineers is ending its third year in Steam Early Access after selling more than 2 million copies since launch. The game is available for purchase through the Keen Software House e-shop: http://shop.keenswh.com and on Steam for 22.99€ / $24.99: http://store.steampowered.com/app/244850/.