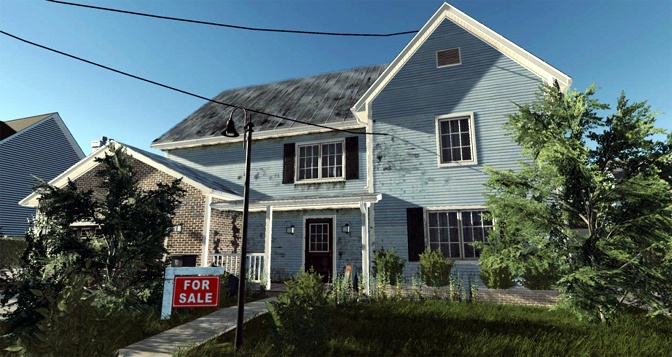 House Flipper will debut on Nintendo Switch as early as on June 12th this year – Ultimate Games S.A. has officially confirmed. The game, which allows the player to become a one-man renovation crew, is one of the most popular simulators of recent years. House Flipper previously appeared on PC, PlayStation 4 and Xbox One, where it sold in over a million copies.

In 2018 the game by the Polish studio Empyrean debuted on PC, and in recent months it also launched on PlayStation 4 and Xbox One. As of today, the simulator has been bought by more than 1 million players. The Nintendo Switch conversion is being developed and published by Ultimate Games S.A. The digital distribution launch (Nintendo eShop) has been scheduled to June 12th.

The best-selling simulator allows you to buy ruined houses and thoroughly transform them according to your own vision. The players take on the role of a one-man renovation crew, performing the tasks requested by the customers and purchasing run-down houses to renovate and sell them at a higher price.

“House Flipper is one of the most popular and top-rated simulators of recent years. The percentage of positive player reviews on Steam is as high as 88%. Now this best-selling, creativity-stimulating title will also reach the hands of Nintendo Switch owners. For the first time, virtual renovations will also take place on-the-go” – said Rafał Jelonek, COO at Ultimate Games S.A.

In addition to standard activities, such as wall painting, House Flipper also offers a whole range of other options. As part of renovation, the players can, for example, replace the electrical system, connect the heating system or install air conditioning. As the developers emphasize, the players can also count on – among others – hundreds of items, possibilities to destroy houses and various challenges.