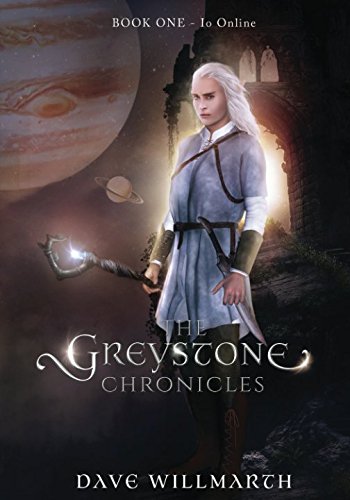 This week for Bookish Wednesday I’m covering the first in another LitRPG series. It’s Io Online, Book 01 of The Greystone Chronicles, by Dave Willmarth!

Plot Synopsis: In the latter half of the 21st century, Alexander and his guild mates play Io Online for fun and to earn a living. It’s the largest VRMMORPG on the planet, and the source of income that supports families around the globe. Given the chance to test a new experimental immersion system, the friends must give up their high level characters and begin again at level one….

Plot: The plot is pretty great, in fact it’s one of the better LitRPGs out there. I’m looking forward to listening to the sequel quite a bit. While there are plenty of standard plot devices that occur, they are utilized in such a way that it isn’t grating, at least to me.

Characters: Alex is our main character and PoV for most of the story. He’s a great lead character, and while he’s not the best I’ve ever seen I found myself enjoying his story quite a bit. The rest of the cast is also pretty awesome.

Overall: A good LitRPG and one of the better ones out there. Definitely worth a read if you love games or good Fantasy.

For those who like: LitRPGs, Fantasy, Action, Adventure, Awesome Plot, Fantastic Cast of Characters.