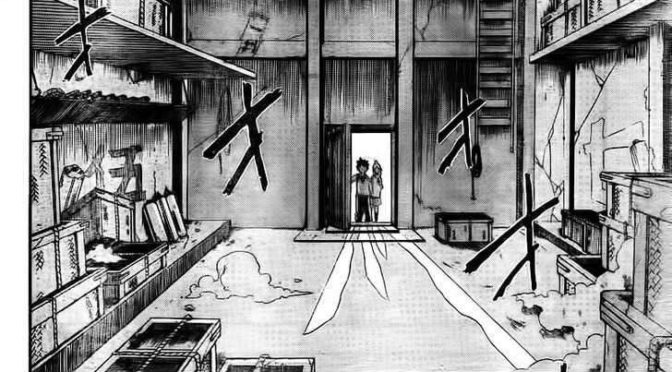 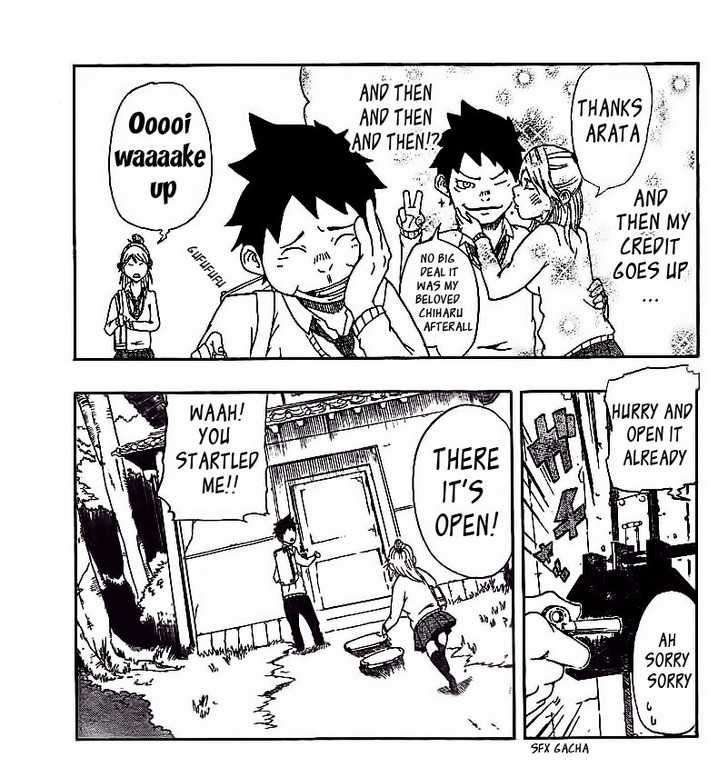 This week I’m doing something a little bit different for Manga Monday, I’m covering a one shot! It’s Arata no Tsukumogami by Katayama Yousuke

Plot Synopsis: In the hopes of pleasing his childhood friend and crush, Chiharu, Arata agreed to help her clean out an old warehouse from her grandfather. But what neither of them knew was that the warehouse contained “tsukumogami”, ancient objects imbued with life

Plot: This is a one shot, which means it’s a single chapter long and doesn’t continue any further, usually. Sometimes series that have a one shot get fully serialized, but that’s not always the case.

Characters: Iokura is one of the Tsukumogami, what exactly he is I have no idea, I think a fire-starter tool of some sort. Chiharu and Arata are our two human leads and they are pretty good, although this being a one shot not much development happens.

Art: This was run in a Jump magazine so it’s got the usual Shueisha level of quality. It also being just a one shot it definitely was really well polished.

Overall: It’s decent enough, and could make a great series, but it doesn’t really need to go any farther than it already is.