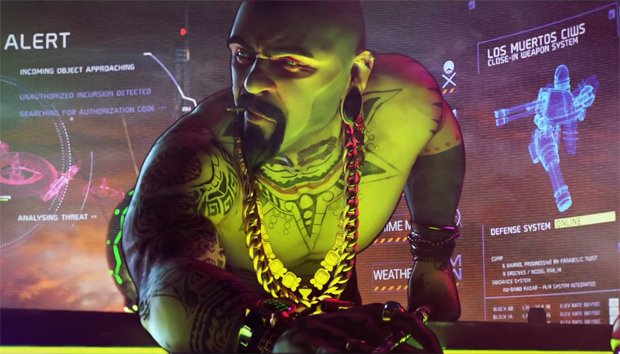 Gamescom 2015 comes very soon after E3,  which means it has struggled to attract some star attractions, namely Sony. So, it’s with some relief that the industry is told that next year’s Gamescom will be 17-21 August, pushing it to eight weeks after E3. Still a little close for comfort, if you ask me. However, with Sony out of the picture, Microsoft has room to shine, building on its recent boost in Xbox One sales.

Whilst E3 pretends that it’s a trade only show, Gamescom is out and proud, when it comes to welcoming consumers to the show floor. This makes it an attractive option for devs who want to put their titles in the hands of gamers – the ones that part with their cash. With attendance figures at 335,000 in 2014, compared to 52,000 at E3 2015, Gamescom is not to be sniffed at, despite the industry’s America-centric perspective.

Sit up and take note, playchums, as Gamescom 2015 swings into action next week. To help you out, here is my rundown of the titles I’d like to see.

Gamescom 2015 is there for the taking by Microsoft. After a strong, but subdued E3, I’d like to see it come out all guns blazing. I’m looking for some strong exclusives and indie action. Folllowing the shock announcement of Xbox One’s backwards compatibility feature, I’d like a list of titles. In addition, Windows 10 will have launched, so gamers will want to hear how its features translate to console, as well as its impact on PC gaming.

Not much has been said about this dragon-themed action title, so I’d like to see more. It’s an XboxOne exclusive from Okami’s Hideki Kamiya, so hopes are high. And did I mention it’s got dragons?

This neon-tinged open world shooter look gorgeous, stylish and brain-meltingly action packed. It was conspicuous in its absence at E3, but it’s getting a look in at Gamescom.

I’d like more info on the single-player experience, rather just maps and multi-player guff.  343 did such a nice job of giving Halo a heart, last time, that I’m keen to see what they’ve got planned for Halo 5.

Microsoft’s TV/gaming hybrid by Remedy Entertainment already looks slick, from what little we’ve seen. But we always want to see more, right? What’s the story and will we care? That’s what I want to know.

It’s out on 10 November, as a timed exclusive, so I’m expecting to see more gameplay and maybe some character and story stuff. This is  a real coup for XboxOne, so Gamescom is the time to show it off.

In Sony’s absence, it’s up to developer studios and third parties to put on a show for PS4 owners and they won’t be disappointed.

It wowed at E3, with its tribal, robot dinosaur, hunter chick. Horizon: Zero Dawn is confirmed at Gamescom, so more details will be heading our way, next week.

The sci-fi procedural of epic proportions took a stealthy approach to E3 2015, after stealing the show in 2014. It’ll be interesting to see what’s announced at Gamescom. I wonder if they’re trying to slow down the hype train, which would probably be a good idea, as we all went a bit No Man’s crazy in 2014. Still, I’d like to see something.

There are lots of other Sony exclusives I’d like to see, like WiLD and Rime, neither of which were at E3, but I think they may hold off until Paris or TGS. And I’m not expecting major news for The Last Guardian or Shenmue III either.

Rest of the Show

The new Star Wars game from EA has me excited. It’s not often I get to say Star Wars game and ‘excited’ in the same sentence. But with Unchartered developer Amy Hennig at the helm, along with Jade Raymond, this could be the Star Wars game I’m looking for. Hell, there might even be a female protagonist, but now I’m delirious, so…next.

I’m not overly  hopeful, but some more anything would make me happy. Give us a decent trailer, please. The only thing that would please me more, is if they do a total Bethesda and say nothing, until a big reveal next summer, complete with release date for five months later.

I’m in the augmented reality camp, so it’ll be interesting to see what Google’s team have to show on the gaming front. However, VR seems to be the hot new thing, so cue a host of gizmos on the show floor. Occulus is bound to be there, as it inches ever closer to launch. Hopefully, we’ll see some devs taking advantage of the new tech to show us the future of gaming in a hands-on kind of way.

Gamescom is on from 5 to 9 August, in Cologne, Germany. The Xbox One press conference is on 4 August at 4pm CET/10am EST. Stay tuned for our reports, as it happens.