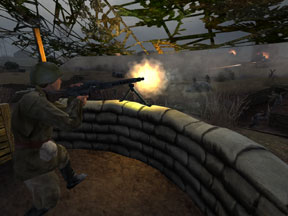 It’s lucky for first-person shooter fans that some things never change. It’s precisely this principle that’s persuaded Activision to release a sequel to the legendary Wolfenstein 3D, the first-person action packed game that many argue put shooter games on the map. Nine years later, Return to Castle Wolfenstein (obviously in 3D) does it again only this time offering multiplayer capabilities of Axis versus Allies and greatly improving on the now feeble graphics of the original Wolfentstein, which at the time were nonetheless cutting edge. The Return’s graphics are like Activision’s other big first person shooter, Soldier of Fortune. RTCW is … END_OF_DOCUMENT_TOKEN_TO_BE_REPLACED