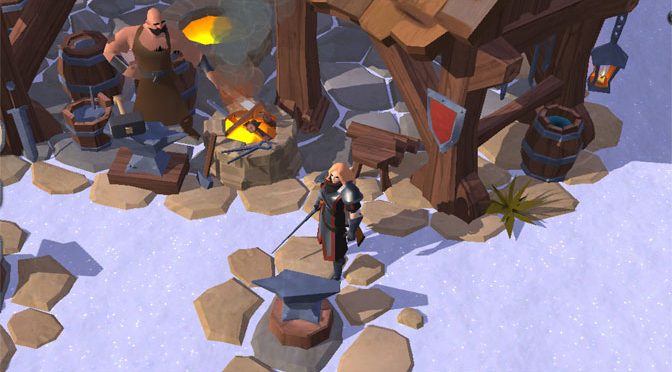 Hello, my family and friends! This Is Sumroad, writing to you from a nice shore, I don’t think I told you this before, but I really like the ocean. Anyway, it doesn’t matter. It is a nice place to be and that’s all that matters (tehehe!). The moment I landed here I felt it was a special place, a lot of people came here with me and truth to be told, good vibes and excitement was in the air, pumping myself up, although I was the only one with a computer, oh well! Time to jump right into the world of… Albion, only here, in The Modern Gamer! 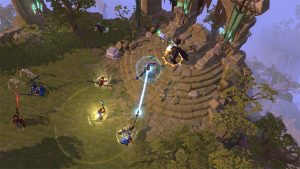 The world of gaming itself is huge, there are games that are still here, alive and kicking despite the test of time and let me tell you folks, that is simply amazing. Some games have been remastered, or just its development never stopped, but honestly, what really matters is these pieces of software still keeps people entertained. Albion Online isn’t that old, in fact, it was highly awaited before its release back in 2017. It wasn’t revolutionary although its focus was somehow different from another MMORPGs and that is exactly why Albion is still here, you see. 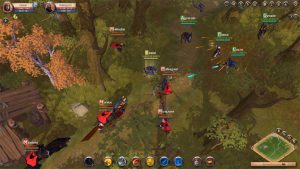 Think about a cross-platform game in 2013… yeah, that’s what I thought! We have more than a few cross-platform games nowadays, but back in 2013 was rather unusual and Sandbox knew it. I mean… a lot of people wanted a cross-platform game and I think it was due to the smartphone market. Mobile gaming wasn’t new in 2013 of course, but technically speaking, games have gained complexity, and the hardware was increasingly better.

Albion Online is driven by the user in a very straightforward way, while in the vast majority of games the first thing you do is choosing a class, in here you just choose the gender of your character, then adjust it to your liking with a few customization options and that’s it. Why? The answer is quite simple, there are no classes in Albion, so either you equip a sword or bow, you will be able to use it, giving the player full control of what they want to play or need. 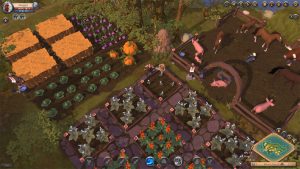 If you are one of those who hate to gather and craft, I tell you right now, Albion is not for you. This world is designed for players to gather, craft and build, ergo, freedom in its pure form. Players are walked through gathering and the crafting process right out of the gate, collecting stone, fur and wood will be your first tasks, so you know exactly what to do and how to do it. Each NPC has helpful information so take a moment to read, I promise you it’s worth your time -wink wink-. Soon, you’ll be wielding an axe and looting enemies. Just remember, DO NOT DIE! If you do, you’ll be looted. Anyway, if you think Albion is a gather game, think again, Albion is much more than gathering and crafting.

The game does have a player-based economy and it allows people to gather and trade, do some housing and build villages from the ground up. This is important, because this game have PvP and villages are subject to enemy attacks. Fun enough? Yeah, that’s what I thought! Albion is one of those social games we didn’t know we needed back in the day. Today, all those social mechanics are polished enough to bring new and veteran players a real good experience. 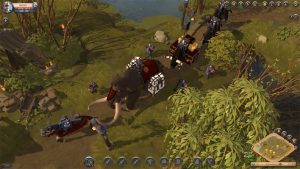 Oh! But since I’m writing about Albion’s release for iOS, why don’t we talk about the look and feel on a smaller screen? Keep in mind Albion was released as a computer game which brings a few annoyances to smaller screens. Think about it, take a full-scale game and shove it into a mobile device, not an easy task, how would you do it? I always look for a good UI and I’m very picky when it comes to its design. I really think it is paramount for any pieces of software to give the user the right tools in the right location and in the right time. At first glance, Albion’s UI could be overwhelming and annoying especially when you face some of the tiny menus and typographies (I got a 5.5 inch screen phone) and my vision is luckily okay to minimize the struggle some of you guys may encounter. I usually use the smallest typography on my apps and software so let’s say I’m used to but I do feel it could be an annoyance for some of you. Still, you can make some adjustments in the game settings. There’s also a zoom feature when double tapping the screen so it’s really nice from Sandbox Interactive, kudos! The rest of the interface is well designed and somehow blends with the action so it doesn’t feel like a distraction. 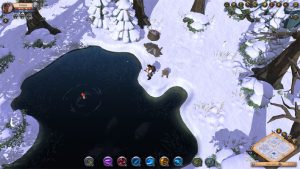 On the SFX and graphic departments, Albion doesn’t look that old, in fact, you could think this is a freshly released game with some particular graphic style. I’ve seen 2021 games that looks terrible I tell you! On the SFX/BGM side, there’s nothing much to say, it sounds like an old or underdone game at some point, although the BGM is nice, so let’s say it feels unbalanced at times. 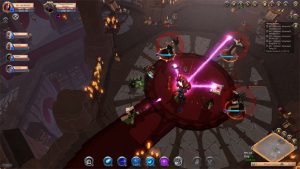 Now, I think you know what I am going to say… Yes, Albion is worth playing in 2021. And it is worth playing on Android and iOS devices, just keep in mind it would be better to have a big screen to improve the experience. If Albion were a wine, I would say it really aged well, robust body and flavor that could be intoxicating quite quick. If you play it on a desktop system you can keep playing on the go, then back to the desktop and fall asleep while playing on mobile… yeah, it is addictive, just take care and be gentle with yourself -winks- 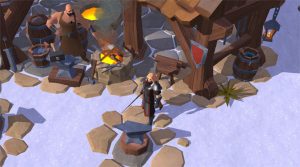 That’s all for me this week, my gaming family and friends, but fear not! The Modern Gamer will be back sooner than you expect, so stay tuned! And remember…if you decide to play Albion, let me know your thoughts in the comments down below, I’ll be more than happy to read what’s on your mind.  This is Sumroad, signing out from this beautiful beach in the world of Albion… Tschüss!