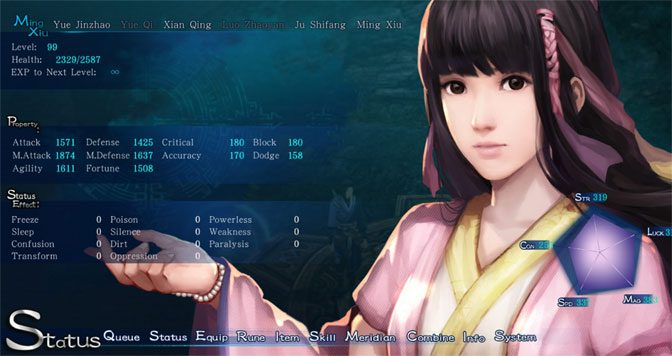 Hey all I’m back with a true train wreck of a game this time. It’s Sword and Fairy 6.

Plot: I honestly could barely understand what was going on, the introductory cutscene was utterly confusing and barely intelligible, even for someone like me who has braved the depths of machine translations for novels. 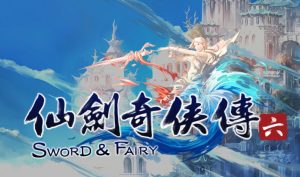 Not only that, but included blatant plagiarism of Starcraft’s Protoss name for one of the “races.” Let me be utterly clear that I have no prejudice towards using other’s works as influences, it’s a fine practice and is inevitable. However the localization team was so utterly incompetent that they just slapped on the first alien name they could think of for one of the races. It wasn’t even a clearly alien race and looked nothing like the stolen name’s originator, from what little I could discern from the very jumbled mess that was that first cutscene. The enemy race was named Oak, which makes no sense whatsoever to me, and the final race was the typical “Humans.”

I’m not being overly harsh here either, when I was looking up the Wikipedia page of the game in order to write this review of the utter trash heap of a game, I found a much more intelligible summary of that first cutscene. So here’s what those races were called on that page. “Gods” for the “Protoss” and “Beasts” for the “Oak.”

You might think that after this terribly done introductory cutscene it couldn’t get any worse than that, but you’d be as shocked as I was when the very first tutorial screen that pops up after another horrendous animated cutscene ending in the almost prerequisite RPG introductory battle had multiple errors that clearly show how little effort was put into the localization of the game. Here’s the screenshot of that very tutorial screen with the errors highlighted.

Note how the words “Story” and “Switch” are misspelled and proper grammar isn’t kept throughout the tutorial pane. 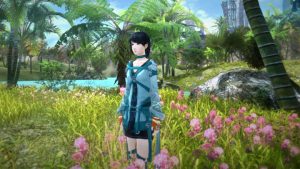 Gameplay: Now you might be asking “okay Michael, so that was clearly terrible, but it can’t get much worse than that right?” It does get worse, that very first battle I mentioned above? Yeah I couldn’t control my character pretty much at all, and when I accidentally hit R2 when panicking upon realizing that it’s not a turn based combat system the battle was just instantly won. I have absolutely no clue what the hell happened, and honestly I’m not going to even bother finding out what could have occurred, because of what I’ll talk about below. 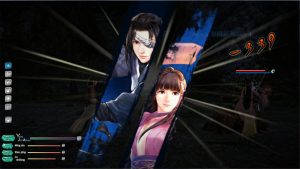 Let me just say that I played for a few hours, getting through that first battle and following cutscene before wanting to throw my DualShock 4 through the window behind my TV in utter disgust. I decided that I could stop playing the game after that, because of the things I’ll talk about below. Yes, I know GiN Reviewers always go through the entire game before they review, but I had to make an exception for this one and wanted to be up front about why. Lets start with the artwork.

Art: The art is horribly done. The animations of both animation cutscenes are utter garbage with the frame rate being absolutely terrible with it stuttering every other second. The in game art is just as bad with the walking animation looking like it might be from Goldeneye 64’s cutting room floor. It was incredibly wonky and would have been right at home on a game made by high schoolers for an afterschool club or the like. 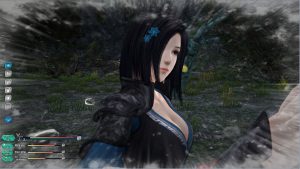 Music: Here’s the only thing that I might be able to give a passing mark , however that is due to the fact that I have absolutely no understanding of the Chinese languages at all I couldn’t say that with 100 percent certainty that it is not horse manure being shoved into your ears. The rest of the audio experience is utter garbage however in the time that I managed to keep playing this terrible game. 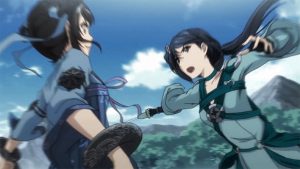 Loading: Now normally I don’t give a dang about load times. But the load times are utter garbage for the quality of artwork and music in the game. The fact that it wasn’t loaded in a second makes me question how bad the optimization team was paid for them to not even give a decent effort. The very first load screen took me 30 seconds on my original PlayStation 4 and what followed was what I described above in the Art and Music sections of this review. 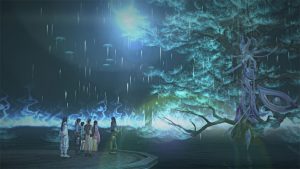 Overall: The fact that Sword and Fairy 6 is being sold for $15 on Steam after being released in 2017 is still an utter rip off for the quality you get in this game. The PlayStation 4 version, which I was playing, is selling for $27 and that’s even more unacceptable. Honestly stay away from this utter piece of cow dung, it’ll just hurt your brain to try to understand with the terrible localization, and it gets no better from there from the few hours I could be bothered to play before giving up and deciding to lambast the thieving localization team in this review.

We are told that other games in the Sword and Fairy franchise are much better than this, and we hope that is true, because this should be a hard pass for anyone but hardcore fans. It earns absolutely zero GiN Gems.