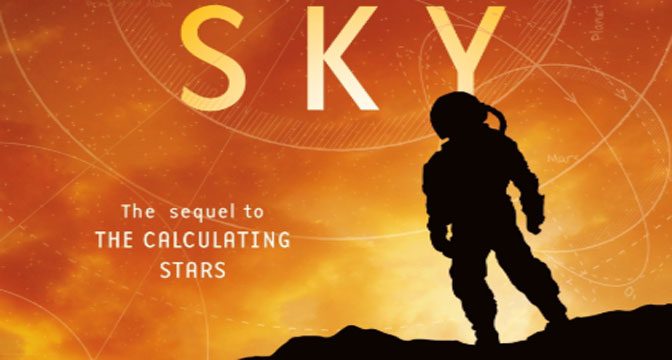 Hey all I’m back with the sequel to The Calculating Stars. It’s The Fated Sky by Mary Robinette Kowal, The Lady Astronaut Book 02!

Plot: This is a nice ending to a series about a possible what if version of history where the Space Race didn’t end with our first steps on the moon. That of course isn’t the whole story behind this alternate history, but it was an interesting look at a possible might have been.

The Fated Sky continues our adventure into the alternative history we first encounter in Calculating Stars, which was kind of like a Hidden Figures for the sci-fi realm. Only now the year is 1961. Colonizing the moon is old news at this point, as humanity is well established there. Our next step is the Red Planet, Mars. Fated Sky concentrates on the efforts behind that next big leap. 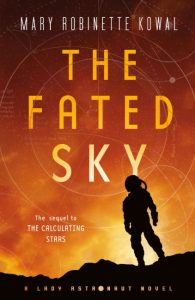 The story ends incredibly well, and somewhat bitter-sweetly. Frankly I hope this isn’t the last we see of this universe and Elma York as it has lots of potential for expansion, not that it needs it as this was wrapped up the two book series very nicely. It’s just such a well-written and well-told tale, that one can’t not hope that it continues.

[amazon text=Don’t miss out on this alternate history sci-fi masterpiece. Pick up The Fated Sky from Amazon today!&asin=076539894X]

Characters: Frankly the star of this story is Elma and we get to see the story through her eyes. I enjoyed her character immensely as it paints a picture of what is wrong with not just her world’s sociopolitical climate, but our own as well. The rest of the cast is also good, but the star was the Lady Astronaut.

Overall: A satisfying and filling ending to a story about a woman who changes the world by asking the question “Why can’t I do this?”