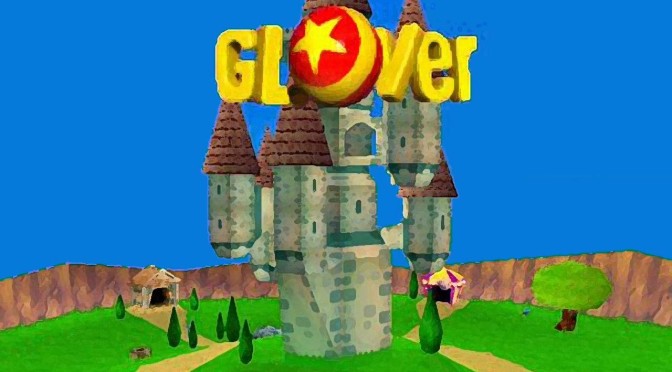 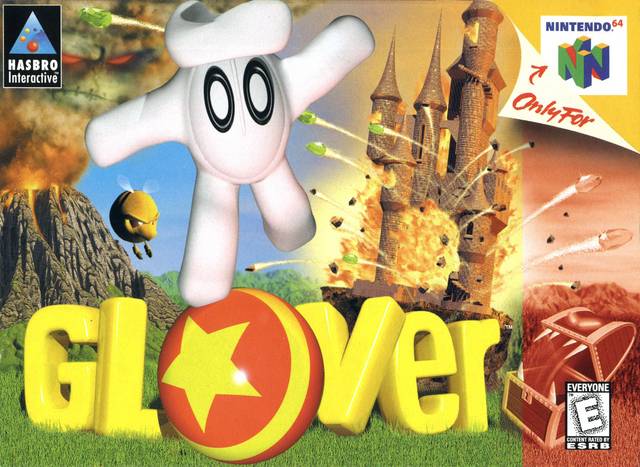 Plot Synopsis: In a peaceful, idyllic kingdom, a kindly wizard rules over various lands from his large castle. The beauty and harmony of the kingdom are protected by seven magical crystals, which sit on the spires of the castle. The wizard is aided in his magic by a pair of magic, four-fingered gloves, which are sentient. One day, though, the wizard accidentally mixes together a bad batch of potions, which create a massive explosion. The mishap turns the wizard into a statue, and sends his magic gloves in two directions—the right one flies out the window, while the left one lands in a cauldron. The explosion also shakes the crystals from the spires, and they hurtle to the ground. The glove that landed outside—Glover—quickly casts a spell to transform the crystals into rubber balls to prevent them from shattering on the ground. They bounce away in all directions, entering the magical realms around the kingdom. Without the crystals, though, the world transforms into a foggy, desolate wasteland. To make matters worse, the other glove, known as Cross-Stitch, arises from the cauldron, corrupted by its potion.

Plot: At the time I didn’t even realize that this game had a plot, it was also a very weird game so I was concentrated more on playing it rather than caring about any story.

Gameplay: The gameplay was interesting, you had to take those rubber balls to various points in the levels to save them, and when you encountered enemies you needed to either run, or if you had the right type of ball defeat it by slapping the ball into them. It was also rather hard, especially for it’s intended age range.

Music: The music was good, although it wasn’t amazing by today’s standards.

Artwork: Being a game that was first released on the Nintendo 64 it was good for it’s time, but now it’s much worse for the wear.

Overall: I wouldn’t say you have to play this game, as it’s not a great one, but if you are really bored you might want to try it.

For those who like: Action Adventure Games, Weird Games, Interesting Gameplay.