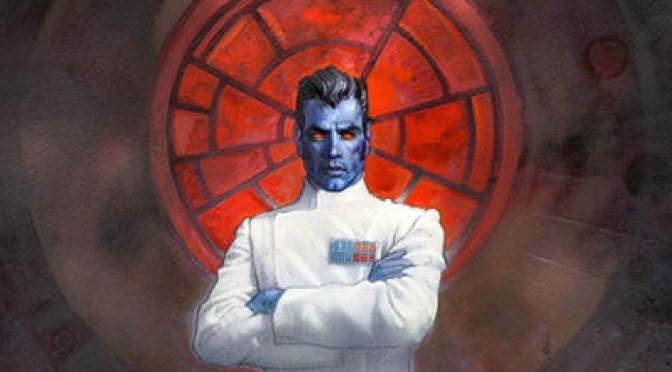 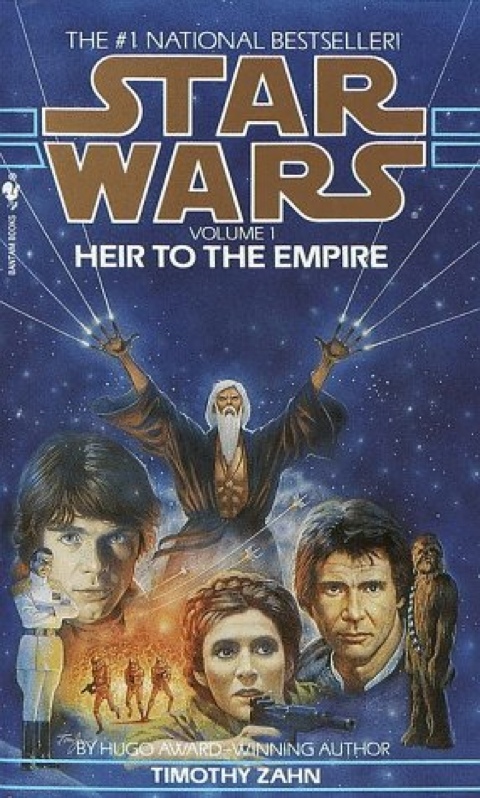 This week for Book Series Wednesday in honor of the new Star Wars trailer that just came out a couple weeks ago, I’m covering my favorite Star Wars Expanded Universe Trilogy! It’s The Thrawn Trilogy by Timothy Zahn!

Plot Synopsis: Heir to the Empire is part of the Star Wars Expanded Universe, and takes place five years after the events of Return of the Jedi. The Rebel Alliance has destroyed the Death Star, defeated Darth Vader and Emperor Palpatine, and driven out the remnants of the old Imperial Starfleet to a distant corner of the galaxy. Princess Leia and Han Solo are married and expecting twins. Luke Skywalker has become the first in a long-awaited new line of Jedi Knights.

Thousands of light years away, Grand Admiral Thrawn, the last of the Emperor’s Warlords, has taken command of the shattered Imperial Fleet, readied it for war, and pointed it at the fragile heart of the New Republic. Thrawn is searching for a Dark Jedi and is succeeding in restoring the Empire.

Plot: It’s a Star Wars book, so don’t expect great prose like a Rothfuss book or great magic systems like a Sanderson book. That being said it still is one of the best Star Wars novels and I loved it when I was younger.

Characters: Thrawn is just an amazingly well done character in this series and the rest of the new characters are also great. Perfect Star Wars characters.

Overall: If you haven’t read this series yet and you are a Star Wars fan, you really need to.

For those who like: Star Wars, Sci-Fi, Plenty of action scenes.