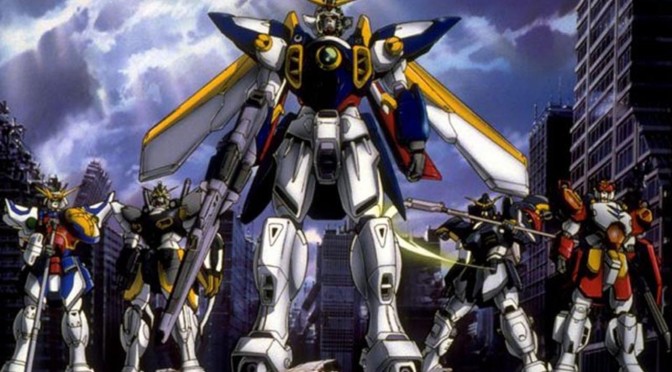 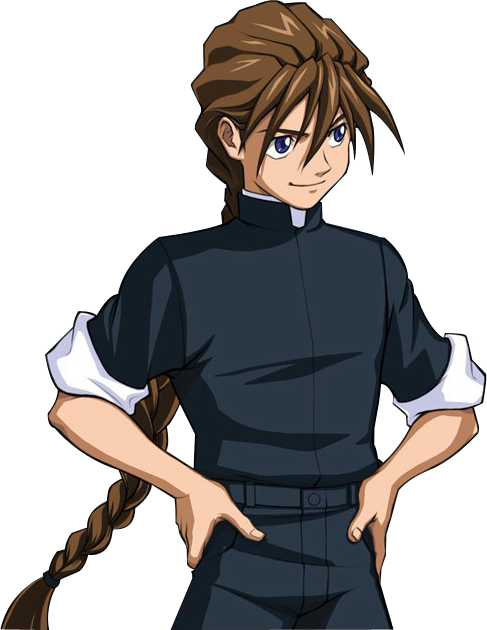 This week for Anime Sunday I’m taking a look at one of first Anime I ever watched. It’s Mobile Suit Gundam Wing!

Plot Synopsis: The story of Gundam Wing begins in the year After Colony 195, with the start of “Operation Meteor”. The operation involves five teenage boys, who have each been chosen and trained by each of five scientists, then sent to Earth independently in extremely advanced mobile suits (one designed by each of the scientists) known as “Gundams” (called such because they are constructed from a rare and astonishingly durable material called Gundanium alloy, which can only be created in outer space).

Plot: The plot of Gundam Wing is good, but it’s not nearly as good as something as classic and timeless as say Zeta Gundam. However it is one of the first Gundams to pop to mind for anyone born in the early 90’s or earlier, as many watched the show on Toonami. It is a very serious series, with little in the way of comedy.

Characters: Thankfully the comedy does come in the form of Duo Maxwell, and whenever he’s on screen badassery usually ensues along with witty dialogue. The rest of the cast is decent, but Duo is easily the favorite of mine, and many others.

Artwork: The art isn’t as timeless as Zeta, in fact I personally think it’s inferior to any UC series after the original series. That isn’t to say the art is bad, it just doesn’t live up to the UC standards.

Overall: It’s worth a watch, but it isn’t absolutely necessary to watch like Zeta is.

For those who like: Gundam, Action, Science Fiction, Badassery by Duo Maxwell.