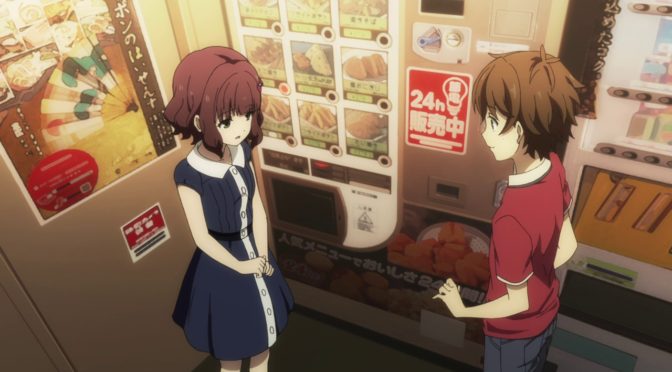 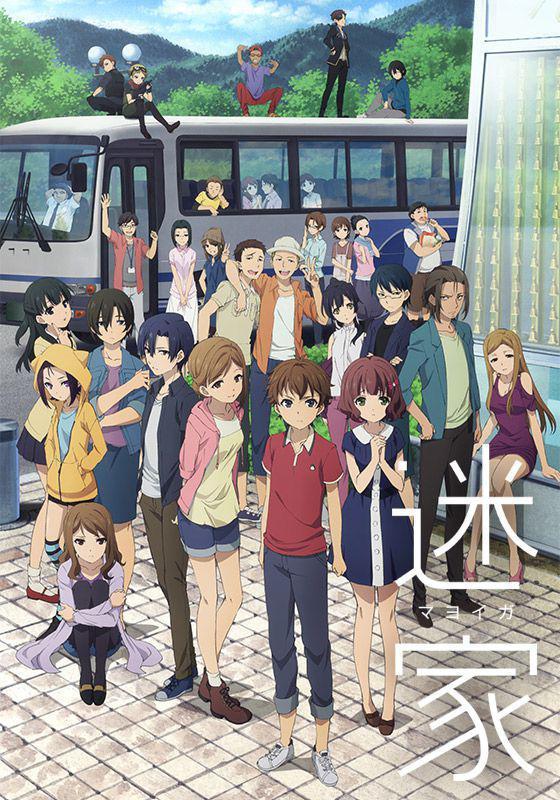 This week for Anime Sunday I’m covering another new series from the Spring 2016 Season! It’s my Mayoiga Episode 01 Impressions!

Plot Synopsis: A group of 30 young men and women go on a bus tour to Nanaki Village, a shadowy village with an urban legend of being a utopia. Many seek either to start a new life or escape the troubles of their old one. The truth of Nanaki Village has yet to be discovered.

Plot: The plot in this first episode is pretty odd, with plenty of hints popping up that things are definitely not what they seem and that something creepy is going on. I’m pretty hooked despite it being all mysterious, although I’ll probably wait to binge watch the entire series once it’s done as I can’t stand cliffhangers. Definitely looking like this series might be a hidden gem of the season.

Characters: Mitsumune seems to be our male lead, with Masaki being the female lead, however since it’s so early in the series who knows for sure. The rest of the cast is pretty interesting, considering that they all seem to be social misfits for the most part I can definitely identify with them. It’s really way too early to name favorites, but this Speedstar or Hayato character seems to be interesting and he seems to know Mitsumune from before this trip.

Art: Diomedea is the studio who animates this series and they did an awesome job with it thus far. It’s definitely got the creepy factor going and I’m hoping the quality doesn’t drop as the series progresses.

Music: The musical score is awesome, I particularly like the Opening and Ending themes, however that Hippo song was creepy as hell.

Overall: I’m definitely hooked from this first episode, and while I may wait to binge watch it later, I definitely wont be forgetting about this series.