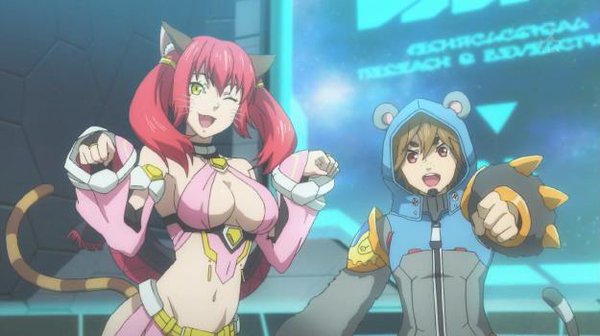 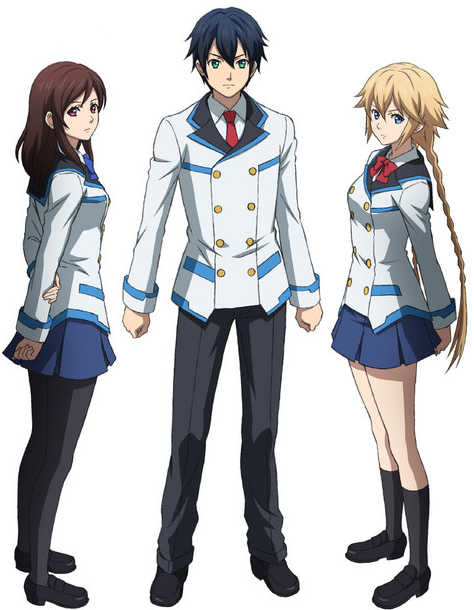 This week for Anime Sunday I’m covering a series I didn’t have lots of hope for coming into the season. It’s the Phantasy Star Online, or PSO2 Episode 01 Impressions!

Plot Synopsis: Itsuki is a student at Seiga Academy, a place where everywhere you look everyone is playing this game called PSO2. But one day he get’s called to the Student Council room by the president unexpectedly. An event occurs that changes his outlook on life.

Plot: I don’t even know where to begin with how bad this is. It’s possibly one of the worst Anime I’ve ever watched, and that’s saying something. The premise of the series is so terrible that even I can’t suspend disbelief to believe it. The student council submits reports to the school board via PSO2? Seriously no one in that position gives a rat’s ass about what the students do in their free time as long as it’s not illegal, regardless of how popular this game is. Include all the various nods to Sega, there’s a Sonic head shaped water feature in the freaking school grounds, and Seiga (drop the “I”) Academy, and it looks like Sega just spent a bunch of money on something completely unnecessary considering how freaking popular the game is in Japan.

Characters: Bland, dull and I can’t stand writing about it anymore! The characters are terrible. I’ve seen better characters in tasteless trashy romance novels in the Elder Scrolls games or World of Warcraft.

Art: Nothing even decent here either, it uses a blend of 3DCG and traditional Anime art, and I can’t say I’m a fan of the 3D portion. I’ve never liked series that choose to use it in a way that is inherently obvious compared to the rest of the series.

Overall: Please don’t watch this piece of crap, and save your eyeballs from watching the Anime equivalent of Twilight in terms of biohazard danger.

For those who like: …, you know what there is nothing good to note about this series. So skip to the next line.

For those who don’t like: Having their brain cells tortured by watching such a piece of crap that it permanently damages them.