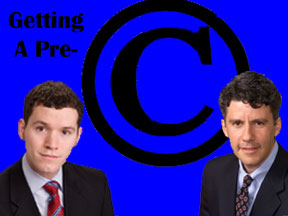 The video game market in 2005 was estimated at a record $28 billion, second only to film in the entertainment media market. At the same time, the industry believes it lost over $2.4 billion to global piracy.

Software publishers are only too familiar with the prospect of their video games being widely distributed over the Internet before hitting the shelves. Both Doom 3 and Half-Life 2 were downloaded thousands of times before their official release, resulting in millions of dollars of lost revenue. Two days before Doom 3’s release, as many as 50,000 copies were being illegally downloaded, translating into millions of dollars of lost sales.

As piracy of all forms of electronic media has dramatically increased over the past decade, lawmakers have reacted by giving developers several new weapons to combat the onslaught of infringement faced in the digital age. Late last year Congress and President Bush added another weapon to the copyright holder’s arsenal: Preregistration. President Bush signed the Artists’ Rights and Theft Prevention Act of 2005 into law on April 27, 2005, and works became eligible for Preregistration beginning November 15, 2005.

The idea behind Preregistration is simple. Before Preregistration, if a copyright owner wanted to bring a lawsuit against someone who was infringing the owner’s work in progress, the owner faced a major roadblock: the work needed to be completed before it could be registered, a lawsuit filed and relief obtained.

Preregistration changes all that.

Now, with Preregistration, a lawsuit for copyright infringement can be brought for works still in progress, and before final registration, provided a few key criteria are satisfied.

First, and most importantly, the Copyright Office has determined that only certain types of works are eligible for Preregistration. These include computer programs, such as video games, and advertising or marketing photographs. Also included are movies, sound recordings, musical compositions, and certain literary works. Second, for all of these types of works, the work must be prepared with the intent to distribute it to the public and the work must be “unpublished.” As understood in copyright law, unpublished works are those that have not been made available to the public, either for a charge or for free.

The Copyright Office has also provided specific criteria that must be satisfied to Preregister a computer program, such as a video game. First, the video game must have been created and fixed. In other words, the code “must have already commenced.” Second, the applicant must “verify that he has a reasonable expectation that the work will eventually be commercially distributed.” If these criteria are met, the Preregistration process itself is easily accomplished.

The entire Preregistration process can be completed at the Copyright Office’s website, www.copyright.gov.

The Copyright Office has provided some guidance as to what the description of a video game should entail. According to the Copyright Office, the “description should be as detailed and specific as possible.” The reason an applicant should provide as much as detail as possible is because if a lawsuit for copyright infringement is brought based on the video game described in the Preregistration application, a court must be able to determine that the infringed work is indeed the work described in the application.

Specifically, the description of a video game can include the nature, purpose, and function of the game, its length, its organization or structure, the computer language used to write the game, its form of publication (e.g., on-line only), its expected published version, the subject mater and overall object of the game, the game’s characters, and the game’s setting and surroundings.

Even though registration is still required, that is no reason to ignore Preregistration. If the work meets the three criteria discussed above, the work can be Preregistered. With Preregistration, a copyright owner can now bring an infringement suit while the work is still in progress, making a whole host of remedies available to the copyright owner before registration. These remedies include obtaining an immediate injunction (for example, a temporary restraining order or preliminary injunction) to stop the infringement, monetary damages to compensate the copyright owner for the losses suffered as a result of the infringement, and/or obtaining a court order to seize the infringing goods. Given all these available remedies, and the fact that the lawsuit can now be brought before the work can be registered, it is clear that Preregistration is a powerful weapon, and video game developers should not shy from using it to combat infringement of their works – even before they are released to the public.

Marc S. Cooperman is a partner with Banner & Witcoff, Ltd. in the firm’s Chicago office, where he focuses on intellectual property litigation, and has extensive experience in the toy industry. Marc can be reached at mcooperman@bannerwitcoff.com.

Michael L. Krashin is an associate at Banner & Witcoff, Ltd., also in the firm’s Chicago office. Michael can be reached at mkrashin@bannerwitcoff.com.