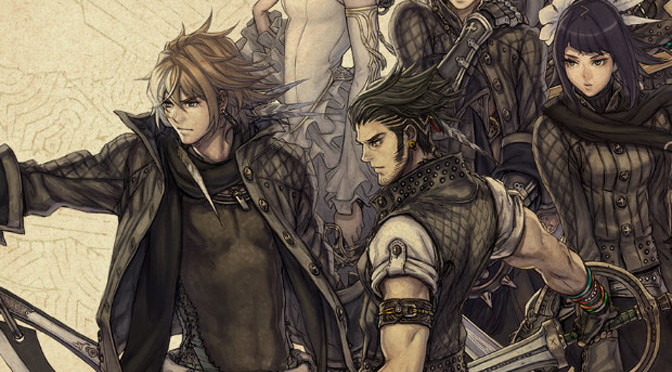 Who actually makes New Year’s resolutions? I know I never have before, but I’m looking to change that.

In 2014, I told myself that I was going to work to clear out a backlog of games that I wanted to play. Some of these were games I’ve never played before and others were ones that I’ve played but never beaten. Out of the 100+ games on my backlog, I got through maybe five or six. That’s just not going to cut it. So, I’ve decided to make an actual list of games and a New Year’s gaming resolution to beat them.

The list of games that I have to beat for my 2015 gaming resolution doesn’t include new releases. I’ve gotten pretty good at beating new games and not letting them sit around. Being able to finish new releases has me adding less games to my backlog, and I plan to keep it that way.

My backlog is made up of games from several eras that I’ve always wanted to beat. This means some old titles are going to be popping up. With the lack of traditional RPGs being released in the last few years, I’ve also been digging through old games to find more to fill my appetite.

I’m obviously not going to be able to clear my backlog in a single year, but I can help reduce its size. That being said, my New Year’s gaming resolution includes about 20 games. Maybe I’m a little too optimistic, but as long as I don’t run into what Alia and I refer to as “End of Game Syndrome” (Getting to the end of a game and not finishing it), I think I can do this.

Now that I’ve got the background out of the way, let’s look at my list of games to beat in 2015.

Alright. That’s it. That’s my list of games to beat for my 2015 gaming resolution. They aren’t listed in any kind or priority or anything like that. It’s just a list that I can pick from at random to help me achieve my goals. Honestly, most of my decisions on what games to play when will probably be decided by a dice roll.

Here’s hoping you all have a great year of gaming in 2015! I’ll be running another editorial at the end of the year to report how well I’ve done with my gaming resolution.

(Note: I recently got my hands on a copy of Harvest Moon: Boy & Girl. I only play a Harvest Moon game once every few years because they’re like crack to me. That being said, I might start playing it this year, but I’m not adding it to the list and I’m going to try to limit myself so that I don’t kill my productivity for an entire month or more.)