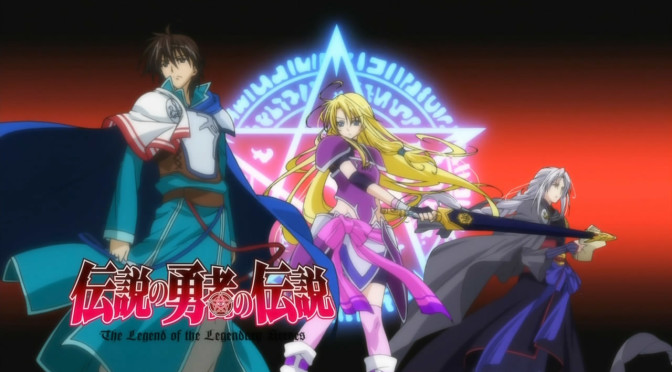 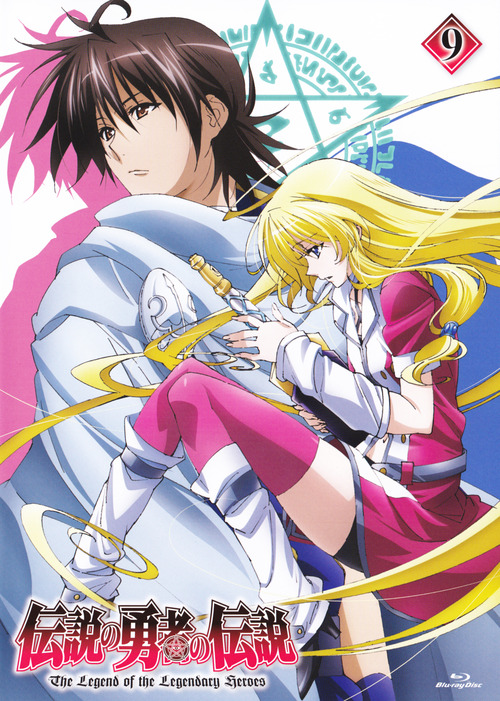 This week for Anime Sunday I’m covering a series I watched a few years ago. It’s Densetsu no Yuusha no Densetsu, or The Legend of the Legendary Heroes in English!

Plot Synopsis: Ryner Lute is a lazy student who enjoys taking afternoon naps while enrolled in the Roland Empire Royal Magician’s Academy. The Roland Empire goes to war against their neighboring country Estabul, and Ryner loses his classmates in the war. After the war, Ryner sets out on a journey to search for the relics of a “Legendary Hero” at King Sion Astal’s command and finds out that a deadly curse is spreading throughout the continent.

Plot: The plot seems to be fairly non serious, but it does have it’s serious points. It gets better as the story progresses, but it never lives up to the original Light Novels, because it just fails to convey the greatness of the series I guess. I’ve never read the Light Novels myself, so I can’t judge the adaptation on that part.

Characters: Ryner is a pretty lovable guy, and Ferris is nice enough, but I never really liked Sion all that much. The rest of the cast was okay, with Ferris’s brother being the sole exception to an otherwise dull cast.

Art: The art is alright, but it’s nothing spectacular.

Music: It was okay, but again nothing spectacular.

Overall: This is an easily skippable series and you’d lose nothing from doing so.