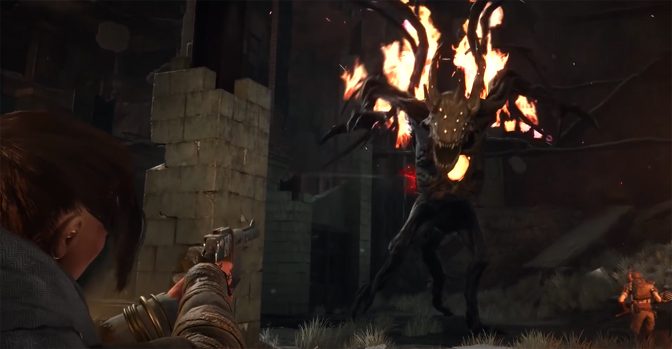 As a part of today’s on-stage appearance at the 2019 PC Gaming Show, Gunfire Games President and co-founder David Adams revealed a brand-new trailer that formally introduces the “Root,” the mysterious, corrupting force that pulsates at the core of their upcoming shooter Remnant: From The Ashes.

No one knows what the Root is or where it came from, but for the human survivors who remain on a ravaged Earth, one thing is for certain: our world isn’t the last the Root will try conquering.

Publisher Perfect World Entertainment has also revealed some exciting new details for people who pre-order Remnant: From The Ashes. Players who take the dive and buy the game in advance will receive bonus survival materials and exclusive armor designs, as well as get to play the game early on August 16, ahead of the worldwide release on August 20th, 2019.

Attendees of the 2019 Electronic Entertainment Expo can play Remnant: From The Ashes for themselves in the Microsoft Showcase area, or at the Alienware Booth – South Hall 2301.

Remnant: From The Ashes is coming to PlayStation 4, Xbox One, and PC via Steam and Arc on August 20th, 2019.