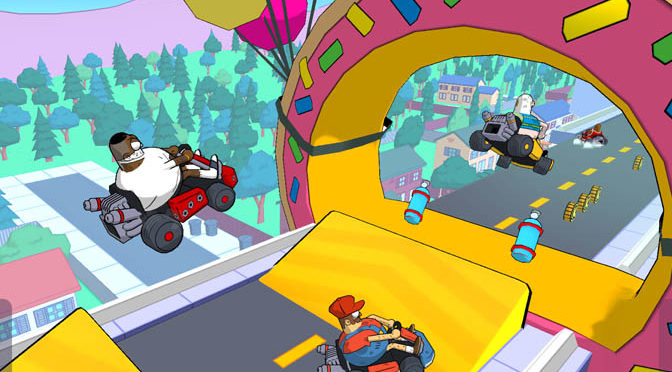 I’m back to smartphone gaming for the next couple of weeks. That shouldn’t really be much of a surprise to anyone, though. The Christmas season is in full effect and it doesn’t give me a lot of time to just sit down and play games. Family events, shopping and everything else just doesn’t leave much time for it, but that isn’t really a bad thing.

With all that said, my spare time this week went to LoL Kart. Actually, not much time went into this game due to some technical issues. The game works from time to time, but overall it just kept crashing on me (funny since it’s a racing game). Honestly though, I don’t think this was much of a loss on my part.

The gameplay of LoL Kart isn’t really all that great. Players drive at an automatic speed and there are only two lanes to switch between. Players can do aerial tricks, but from what I could tell they don’t do anything. There’s also boost that fills over time or when the player picks it up on the track. Using three boosts at the same time will also launch a special attack while increasing the player’s speed for a short period of time. Players can also knock each other off the track to slow them down and get a lead.

Outside of the actual racing in the game, there’s the typical load of mobile bull. This includes collecting pieces of new equipment, dealing with energy and more. I can deal with this in a decent game, but LoL Kart is far from that. There’s also a level editor in the game, but I never got beyond the crashes to try it out.

Adding to the other annoyances in LoL Kart is the ridiculous amount of ads. It’s not an exaggeration to say that almost every single action in this game results in an ad. These are almost always video ads, which is even worse.

The graphics in LoL Kart are underwhelming. It’s got a nice cartoony look, but the game is just filled with fat, disgusting parodies of pop culture icons. It’s okay for a quick laugh, but soon wears out its welcome. This goes for just about everything in the game, but it sticks out most in the visuals.

The audio in LoL Kart is just kind of there. I can’t really say I got a good taste of it due to the constant crashes, but what I did hear didn’t inspire me with much confidence for the rest of the game.

Overall, LoL Kart is a mediocre game at best, but it has to actually be working for it to be this. I’ve got to strongly suggest passing on this one. Even if you can play it without it crashing every 30 seconds, it still isn’t worth your time.