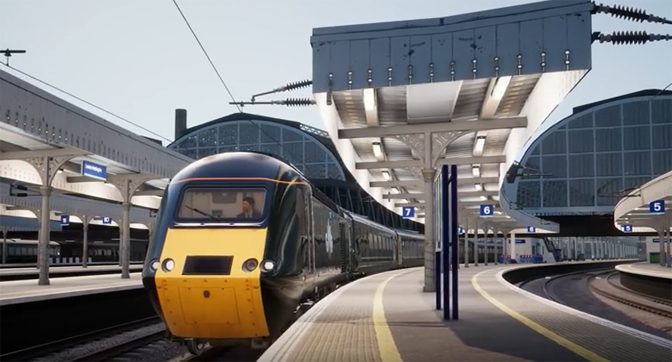 Dovetail Games, the multi award-winning developer and publisher of simulation games, is pleased to announce Train Sim World will officially launch on Xbox One, the PlayStation 4 computer entertainment system and Windows PC on July 24, 2018.

Train Sim World is a first-person train simulator that brings to life the experience of operating powerful and realistic trains on some of the world’s most amazing railways. Players can complete cargo missions, run 24-hour timetables, or relax as a passenger and enjoy the beautiful scenery – the possibilities are endless. Whether you’re a beginner or a seasoned expert, Train Sim World caters to all abilities.

For the first time ever on consoles, players can take control of these massive machines traveling at breathtaking speeds in their true, proper glory! Powered by Unreal Engine 4® technology and Dovetail Games’ proprietary SimuGraph vehicle dynamics engine, Train Sim World uses real-world data to reproduce the performance, sound and feel of real locomotives. Explore and interact with different types of trains, learning everything there is to know about operating them with complete interactivity in the cab via an intuitive interface.

The physical edition of Train Sim World is available to preorder now at all retailers.