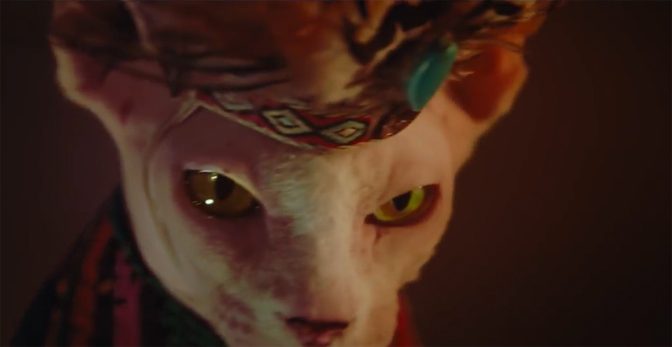 SQUARE ENIX recently celebrated National Dog Day and the upcoming game release of Shadow of the Tomb Raider. Thrills are turned into “awws” with a re-creation of the End of the Beginning trailer, where adorable cats and dogs are mastering the deadly jungle and racing to save the world from a Maya apocalypse.

All proceeds from these auctions will go to The Best Friends Animal Society, a leading national animal welfare organization dedicated to ending the killing of dogs and cats in American shelters.

You can visit the auction here.

In Shadow of the Tomb Raider, Lara must master a deadly jungle, overcome terrifying tombs, and persevere through her darkest hour. As she races to save the world from a Maya apocalypse, Lara will ultimately be forged into the Tomb Raider she is destined to be. Created by a team of veteran TOMB RAIDER developers at Eidos-Montréal, in collaboration with Crystal Dynamics, Shadow of the Tomb Raider will be available on September 14, 2018 for the Xbox One family of devices, including Xbox One X, as well as the PlayStation 4 computer entertainment system and Windows PC/Steam.