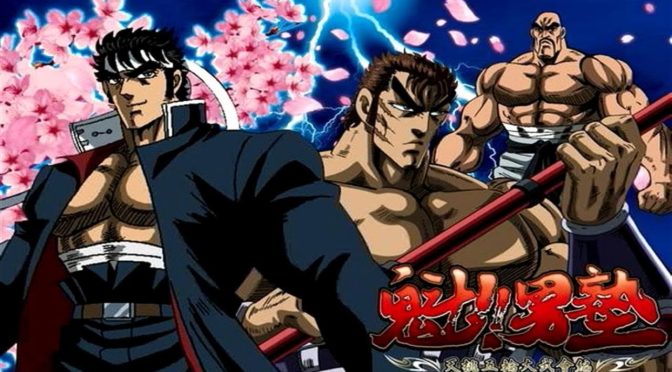 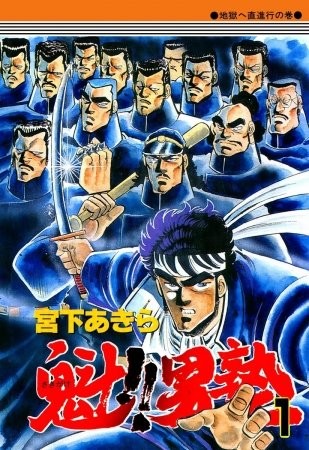 This week for Manga Monday I’ve got a Quick Review of a rather ridiculous Manga. It’s Sakigake Otokojuku by Miyashita Akira!

Plot Synopsis: The genius principal of the private school, Edajima Heihachi, was a war hero during World War II. He trained his students to play an active role in politics, economics and industries in Japan and all over the world, though the way of training is highly anachronistic. Staged in a private boys’ school that teaches ōendan to troubled teenagers. The students are trained to “revive the Spirit of Japan” and mainly engage in fighting courses.

Plot: The plot of this first chapter is pretty freaking ridiculous and while I’ve been told that the series has a Genre Shift later, the first chapter is almost nothing but gags. I don’t have a problem with Gag Manga in general, but they can get grating after a while so knowing that it doesn’t just stick to gags is good. I’ll probably read the entire series eventually, as it’s been completely translated a while ago.

Characters: Tsurigi Momotaro is our protagonist and he fits right in with the rest of the Manga. He has a quote in this first chapter that I wholly agree with. “There’s no place for logic in Otokojuku.” It is pretty much the entire theme of this first chapter.  Edajima on the other hand is completely over the top in his reactions to criticism. I enjoyed both of them immensely.

Art: The art is pretty standard for the era it was written in, which was 1985 when it first ran. That being said it was pretty awesome with tons of detail and shading, and since it’s a Shueisha publication I expect the art will stay pretty uniformly awesome during the entire series.

For those who like: Action, Comedy, Drama, Gag Manga, Hilarious Plot and Characters, Excellent Artwork.