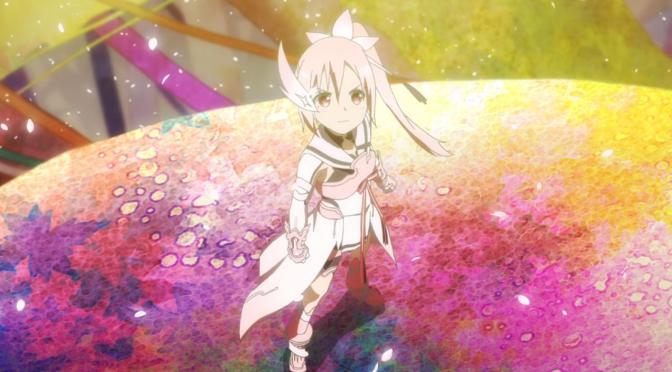 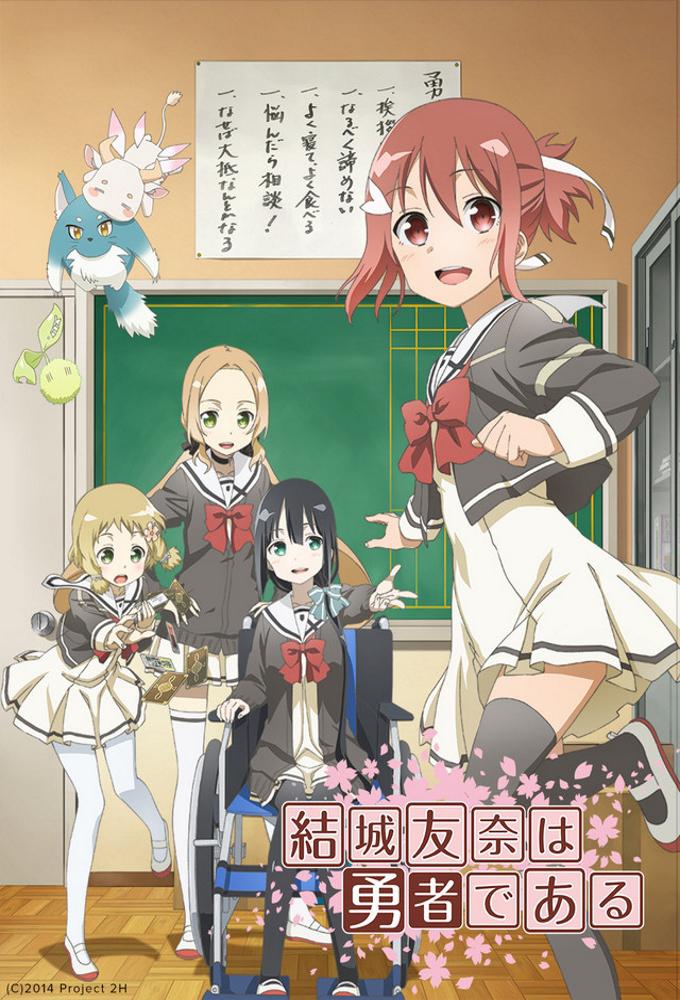 This week for Anime Sunday I’m covering one of my favorite series of the entire year and easily one that I didn’t think I would like at all as the genre tends not to be aimed at my demographic. It’s Yūki Yūna wa Yūsha de Aru, or Yūki Yūna is a Brave Hero in English.

Plot Synopsis: Yūna, Mimori, Fū, and Itsuki are all members of the Sanshu Middle School Hero Club (讃州中学勇者部 Sanshū Chūgaku Yūsha-bu), dedicating themselves to helping those that request it. One day, they are suddenly caught in a ray of light and transported to a strange forest, where evil monsters known as Vertex are seeking to destroy the Shinju (神樹 lit. Divine Tree), which would in turn destroy the world. Using a special app to transform into heroes imbued with magical powers, Yūna and the others must now become true heroes in order to protect their world.

Pl0t: Get to about episode 6 before judging the series too harshly as what you are watching may be different than what you initially think it is. That is all I will say regarding this excellent series as anything more will spoil it.

Characters: The members of the Hero Club are the main characters, and they are all pretty much amazingly detailed and what you expect may be wrong. Again no more will be said as it will spoil, but again ignore your initial thoughts on the series.

Art: This is easily one of the prettiest series of the entire year, easily rivaling No Game No Life during the hero sequences.

Music: The music is great as well, and I love both the Opening and Ending themes as well and if you’ve been a long time reader you’ll know that’s rather rare for me.

Overall: Give it more than two episodes before dismissing this series, go to at least episode 6. Trust me you’ll find it worth it.

For those who like: Magical Girls, A Deeper Plot Than You May Think, Amazing Artwork, Fantastic Music.

Not for those who don’t like: Any of the above, but please give it to episode 6 before dismissing my advice.